We learned something at Vigan’s Barangay Pagpartian (butchery/abattoir/slaughterhouse), home of the city’s matadores or partidor (Ilocano for butchers), and fountainhead of the best longaniza and bagnet, including the ones we love to order at eateries we frequent in the area. Sinanglao (a good breakfast food) is not a staple at the carinderias around Pagpartian, but we were advised to go to Gloria’s Sinanglaoan at the corner of Calle Liberation and Calle Gov. Reyes.

Other than Dayo in Batac (sinanglao there is from Sinait, Ilocos Sur), the Southern Ilocos soup is not basic here in Norte. Our version is paksiw (innards are cut smaller).

We first planned to drive with friends to Vigan for a  food trip at this Korean restaurant I saw on Facebook a few months back. Friends cancelled and the weather was not too nice, yet the mister and I proceeded. Though famished and tired from a camping trip, he wanted couple time for us. Sweet, (thanks really)!

So we found Hanguk Korean Barbecue House not too far from the city entrance. Spotted some neighbors in Laoag inside. Adding to a seeming authenticity, Korean foodstuff like ice pops, biscuits and beverages were on one corner. With steep prices (a lot steeper than here, btw, one of the most read post on this blog), I thought food must be fantastic.

Soup arrived first. Enhanced instant noodles or so it looked like.

There are professional bloggers who actually get invited for food tasting and are expected to write a feature, some lucky ones food blog as a job, and then there are those who want to buy their food for the credibility factor (but even some chefs admit that taste is subjective), while I like paying for my own exclusive experience and the freedom of writing a review. On occasion, the food turns completely lamentable, I forego sharing the entire experience ‘coz honestly it is taxing to be harsh. But then there’s more than the questionable soup, and I want to play judge in Chopped.

We got two kinds of barbecue, pork belly and beef. The pork was okay, but I didn’t enjoy the idea that someone cuts your barbecue with a scissors in front of you. And the beef — you don’t serve any meat that’s as durable as expensive flipflops, so much so if you are a barbecue restaurant. One doesn’t even have to be an authentic chef (whether Korean or not) to be able to spot nice meat. Sorry for being graphic, but the hubby wanted me to take photos of his chewed on beef. I told the waitress twice, but she was stone deaf. While I was yapping, he was trying to keep his cool and picked up the tab. Feeling shortchanged, I initially wanted to buy ice cream cake for dessert, but totally lost the appetite for more. As we left Hanguk, the hubby was sneezing incessantly. You know he’s mad if he does that. 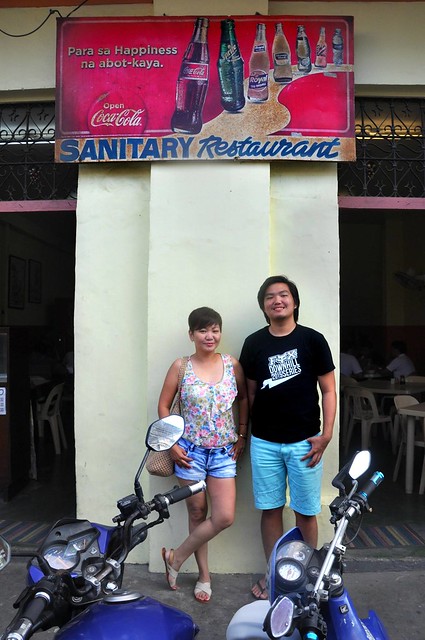 The capital city of Ilocos Sur, Vigan, acclaimed for its well-preserved architecture and cobblestone streets, is well-defined in many aspects. Relative to its multi-colored history, other than traditional bagnet and longaniza, Mexican-influenced pipian and delicacies of Hispanic origins like masa pudrida, turones de mani, canatillo and torta, is a subsisting Chinese eatery named Sanitary Restaurant that serves mainstays, such as canton Luzon (pancit), kwekeng (also known as ngoyong), maki, hongkue (stuffed boneless chicken), carne agre dulce (sweet and sour meat), kimlo, lomi and the more popular siopao, mami and siomai. Passed down through generations, Sanitary is said to be the oldest restaurant in Vigan. Married into the family of the original owners, its current keeper, manong Vicente “Vic” Chua, does not know exactly the year it was established. All he remembers is that Sanitary was already in existence when he was little. 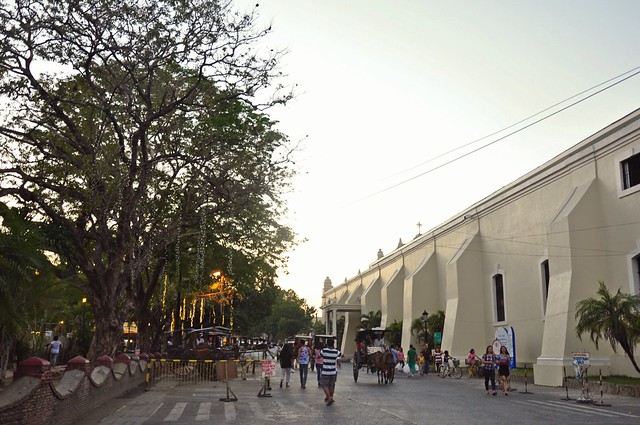 Sanitary Restaurant is not foreign to me. I’ve heard about it from, of all people, Manila-based Chinoy friends. I remember Vigan resident Mr. Bonito Singson also recently mentioned about his occasional breakfasts at the old Chinese restaurant. A visiting friend gave us kwekeng, fried pork rolls similar to kikiam, from her Vigan trip, but I really never had the time to go there myself until yesterday. We went to Vigan only to eat kwekeng, and then we ate more. 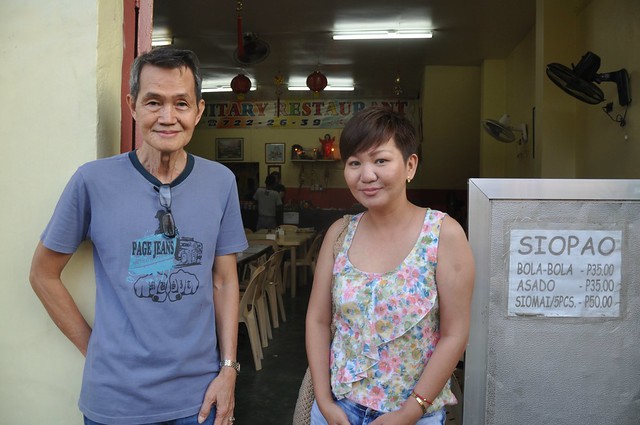 A photo with manong Vic. 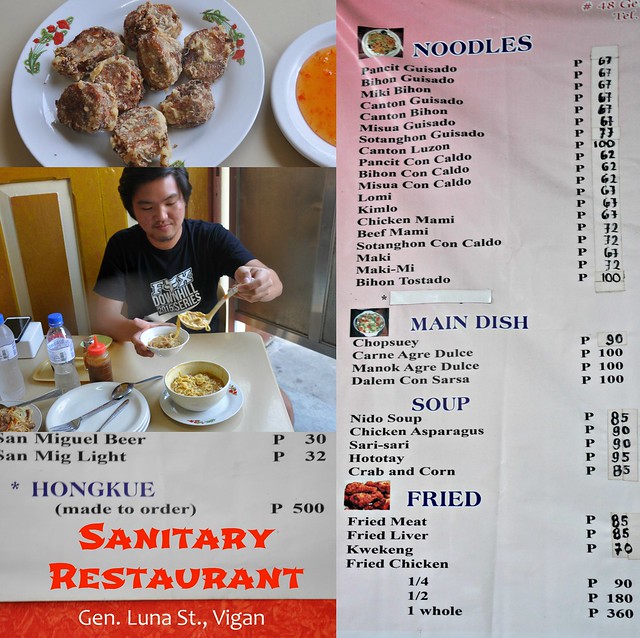 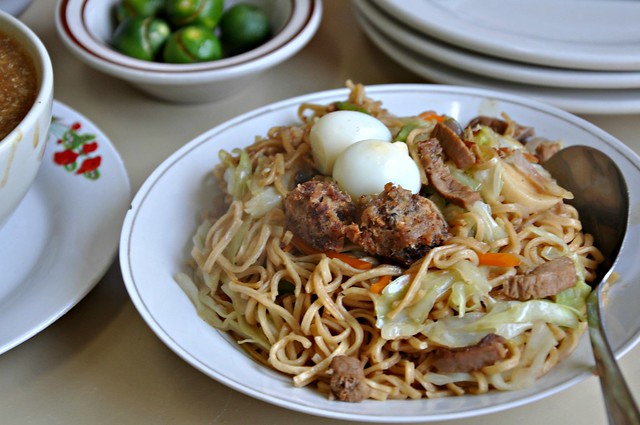 Canton Luzon (they also have a bihon Luzon) is very similat to Laoag’s La Moda pancit, but instead of lechon de carajay bits, it is topped with meatballs and pork; the flat noodles are also narrower. I liked the bun of the siopao — dense and very old-fashioned. The carne agre dulce (there’s also chicken and  liver) is presented differently, wherein snow peas and Chinese cabbage take the place of the more common carrots, pineapples or cucumber. Compared to most makis in Binondo, theirs was runny. Likewise in the menu, hongkue, a kind of rice-stuffed chicken steamed for a long amount of time, should be ordered one day in advance. That was what my husband really wanted to try because his dad, who passed away last year, made the best hongkue. My top picks from all that we ordered were siomai and kwekeng with the accompanying sauce.

Locals go there to eat pancit and siopao, but kwekeng, according to manong Vic, is bought in bulk as pasalubong or sent to Bigueños living in Manila.

Ilocanos who grew up wishing pancit instead of spaghetti, will always feel the nostalgia of good old Chinese food. 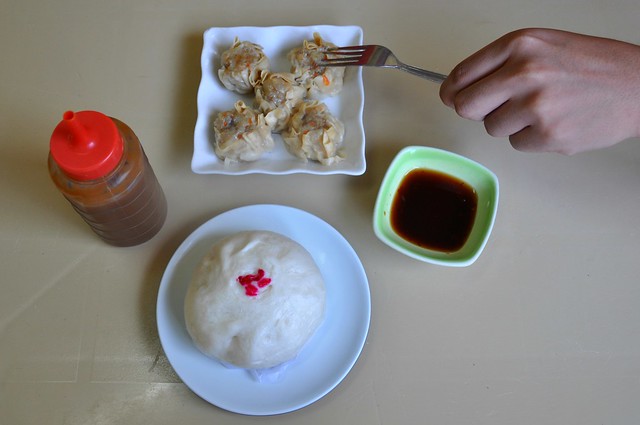 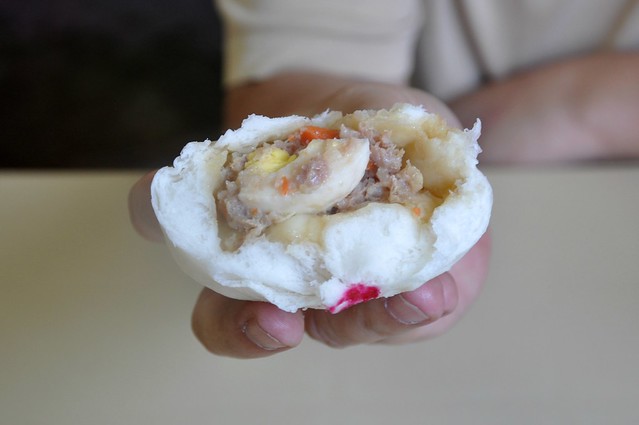 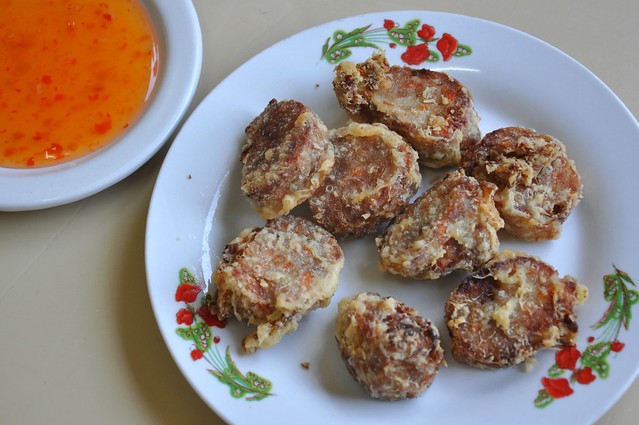 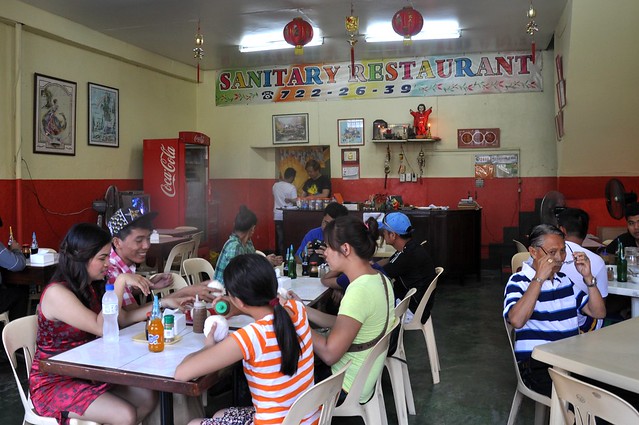 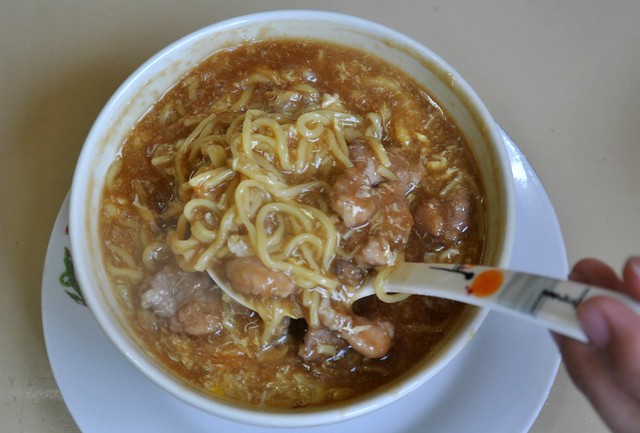 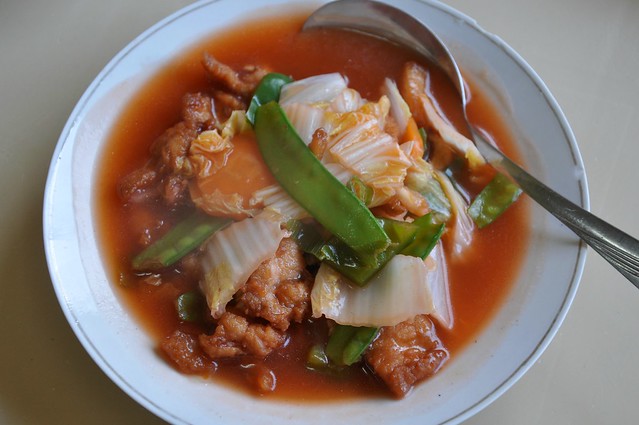