Old-style farming is considered to be modern again. The growing environmental concern in relation to unnatural farming practices such as genetic modification and the use of artificial chemicals has led many farmers worldwide to revert to quaint agricultural practices.

54-year old Nestor Acosta, a native of the town of Bacarra and a farmer for 34 years now, has gone back to the basics in regard to his farming methods. The year 2000 was a turning point in his life as a farmer. The words of a certain public servant — “Agpaili koma ti saba, ngem tattan isumetten itti agpaaway. Awan kadin itti daga itti away? (Bananas should be sent to the city, but now they are sent to the countryside. Are there no more lands in the countryside?)” — were like thunder to him. He took the public servant’s words as a challenge. He worked up a plan, leased additional pieces of land, and went back to natural farming techniques. 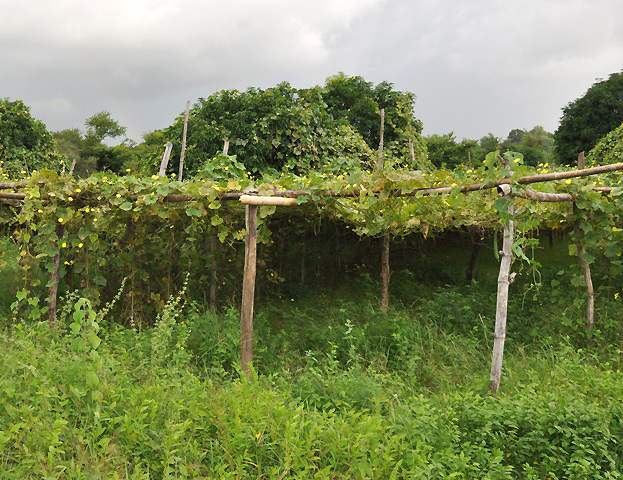 He uses only chicken manure  fertilizer in his 10-hectare veritable organic vegetable and fruit farm. Through integrated farming, he is able to yield more high quality, better tasting gourd, bittermelon, papaya and long green beans which he and his family sell at their vegetable stall in the Bacarra public market. To date, he has 230 cinta and red lady papaya trees. His younger guapple trees are nearing maturity.

Manong Nestor has earned several awards for his outstanding efforts in sustainable agriculture. Four years in a row, from 1990-1993, he was awarded an Outstanding Farmer in Region I. He is also a Gawad Saka awardee for converting a wasteland into a year-round green integrated farm. In 2008, the Philippine Council for Agriculture, Foresty, and Natural Resources Research and Development – Department of Science and Technology (PCARRD-DOST) sent him to Korea for a study-visit. “I learned much from that visit. It was an exchange of organic farming ideas between the Philippines, which I represented, and Korea,” he said.

I asked him what are the usual problems he encounters and he said, “So far, none.” He humbly adds, “It is good business for the family.” 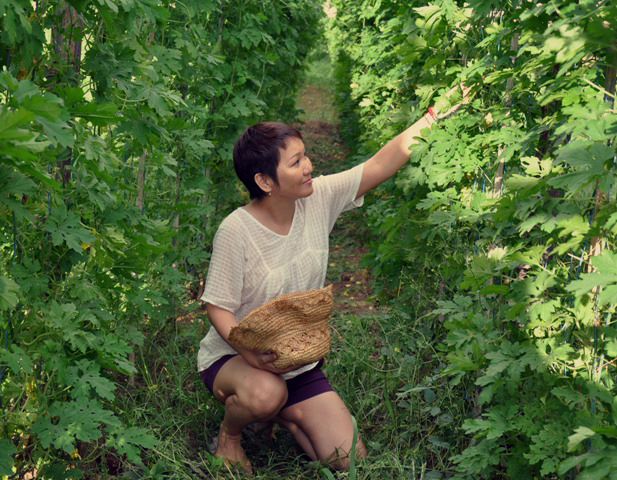 “The whole town of  Bacarra, as well as the entire nation, should adopt organic  farming practices for better health and longer life,” Manong Nestor said when I asked him what he wanted to tell his fellow Ilocano farmers.