Got into a fight before the holidays ‘coz my friend looked dazed after that last big lunch at Baroo, and we missed the stop going to the ice cream place, which meant I had to go on a month-long hibernation without getting my ice cream fix.

Yeah, ice cream is the happiness you can buy that won’t make you go broke. It’s actually better than sex.

And at Gresescent you can have a multiple orgasmic bouquet of different flavors. So I had a cone filled up with lychee rose, blackberry mint mojito, lemon bar, salted caramel buttercake, and rosemary toffee — how does that sound? I-scream’ed lychee rose!

Spent two days-off to go to Quenelle, in Burbank, trying to have funnel cake ice cream sandwich, available only on Wednesdays, at a certain time of the day, but wasn’t really lucky in love. Got to try a scoop of Hot Cheetos, though. But the revelation was the cheesecake ice cream bar. Had a twosome.

At Saffron and Rose, in Westwood, where I had the signature saffron pistachio, ice cream in Middle Eastern flavors is all organic, and very dense, which I enjoy more.

One of my most memorable ice cream flavors in LA is amaretto from Eatalian Café.

The Grom gelato shop, at the Dolby Theater on Hollywood Blvd., proved to be less than a tourist trap. I got my money’s worth. Not content with just gelato, I also tried their refreshing fruit granitas.

Filipino ice cream is well-represented in LA, and ube is honored at Wanderlust Creamery, which specializes in travel-inspired artisanal ice cream flavors.

I’ve had an awful lot of ice cream in Los Angeles. Some were uninteresting, some were too sweet, some were not worth the hype, some were too fancy, but there are those that keep haunting me like I keep going back to Sonny’s Amazing Italian Ices and Creams for balsamic strawberry, maple pecan and salted caramel, Bennett’s for cabernet sauvignon sorbet, Coolhaus for Thai iced tea (oh, Netflix with cheddar popcorn and Doritos nacho notes was suprisingly good), and Scoops has very interestingly unique flavors like Korean creator Tim Kai has already created more than a thousand flavors that were featured in their shops over the years. But it’s always a good idea to have Häagen-Dazs or Thrifty Vanilla and Baskins-Robbins Old-Fashioned Butter Pecan in the fridge.

‘Coz I can relate to very Asian flavors, but nowadays, Asian feels are becoming more and more universal, I can appreciate flavors like plum, or mango and sticky rice, or Thai iced tea, or cocoa curry coco, or ginger whatever, but I swear by Tamashii Ramen House’s red bean ice cream, wherever it was made.

There’s a current trend for making simple soft-serve ice cream into Instagram-worthy subjects. A whole lot of Korean and Japanese style ice cream are being introduced like the taiyaki with a fish-shaped waffle cone, the cotton candy-covered ice cream, and the powder-dusted cremia.

Ta-da! Buko ice cream that is presented like traditional Filipino buko ice candy is a hit at Rice Bar on 7th St. in DTLA.

Worth mentioning, the cassata Milanese at Spumante Restaurant on Magnolia Blvd. at the Noho Arts District was ambrosial.

An awesome find, Mateo’s Ice Cream and fruit bars, in Culver City, satisfied the Mexican in me. Had too much tamarindo popsicles there.

Well, after all is said and done, if I’d be asked to pick an ice cream flavor to be my lawfully wedded husband, then it has to be Salt ‘n Straw’s masterfully crafted black olive brittle and goat cheese, with the perfect texture and all the right ingredients.

Tomorrow, I’m ending my hibernation, and back to eating what makes me happy. 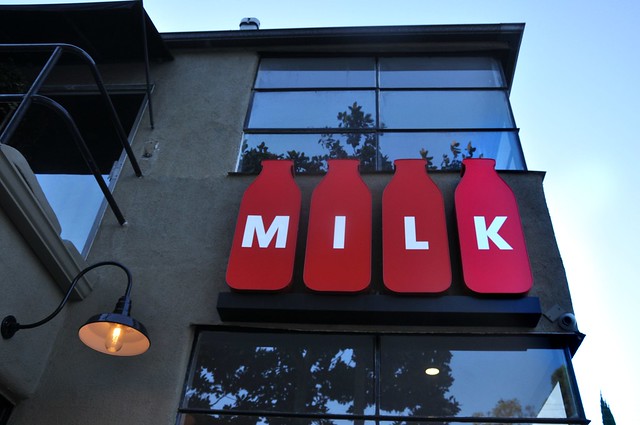 The gentrification of Silver Lake is good for my neighborhood. Burgeoning left and right, hip establishments are getting closer, and more diverse like there’s an organic coffee bar that supports livelihoods and biodiversity just two blocks near my home, and Milk is walkable if you love walking like me. 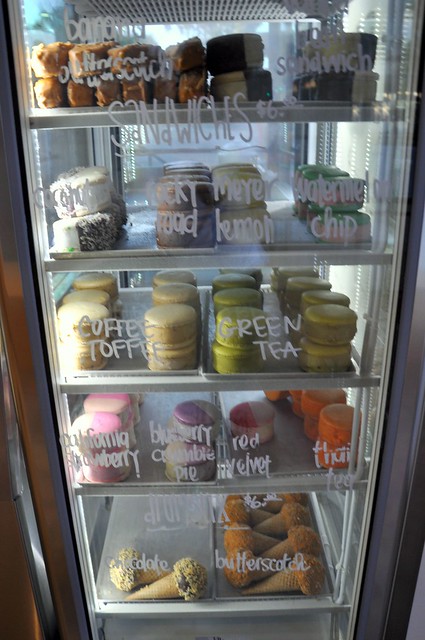 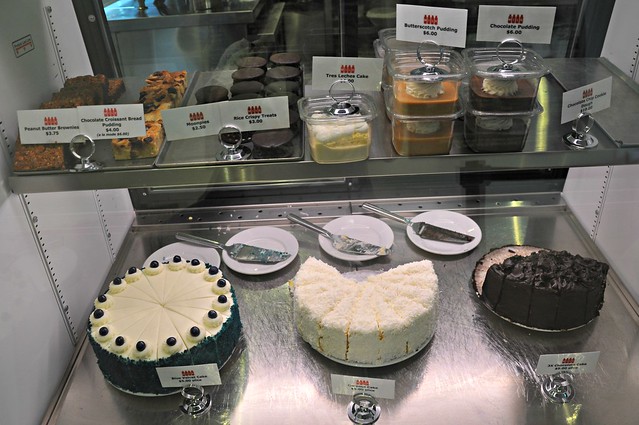 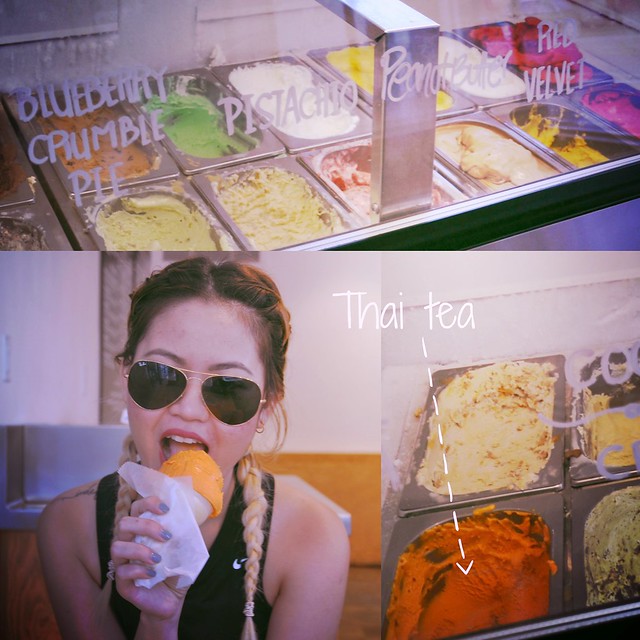 The ambiance is relaxed with subtle lighting. You can squat on the sitting area inside or blend in with the crowd outside. 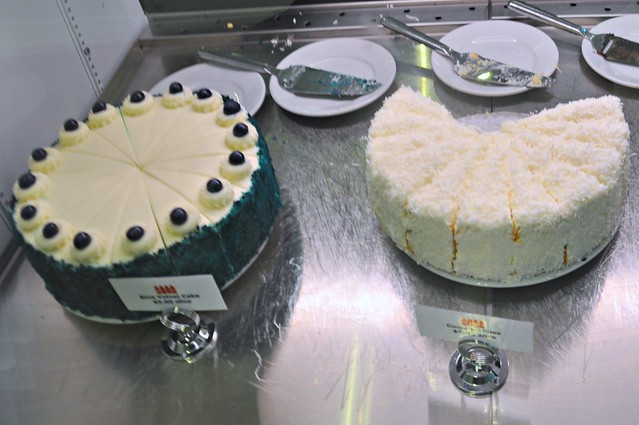 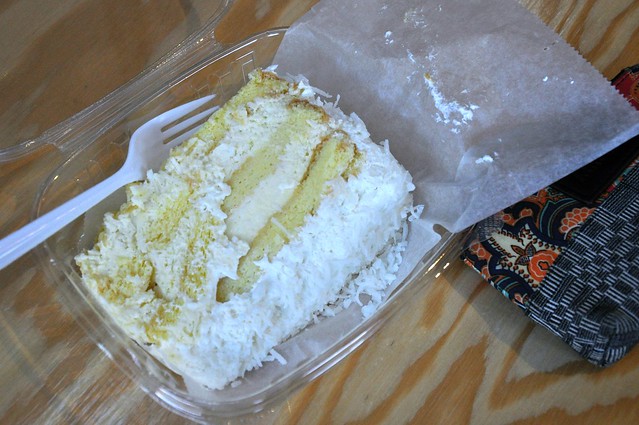 Just coconut cake for me. Ericke loved her Thai tea ice cream. It’s on the pricey side, but I’m not earning yet.