The jacquard skirt from Ericke is kinda fierce for my standards. Nevertheless, I love it! It’s one of those seriously unserious pieces. Threw in my most abused denim shirt and added black suede shoes and the playful woven clutch.

The photos were taken by Marianne Pasion. Love the girl to bits. 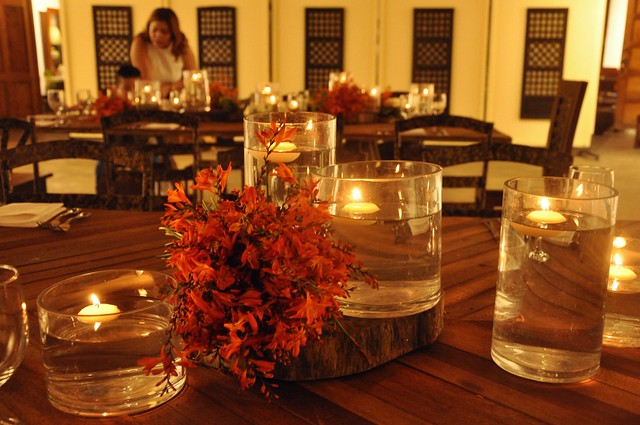 I didn’t want to miss Kit Mandac’s birthday dinner specially prepared by Chef Nic Rodriguez at his Rufino’s Cafe fronting the gorgeous Paoay Church. Sharing with you photos. The last two pics were taken by Marianne Pasion, of course. 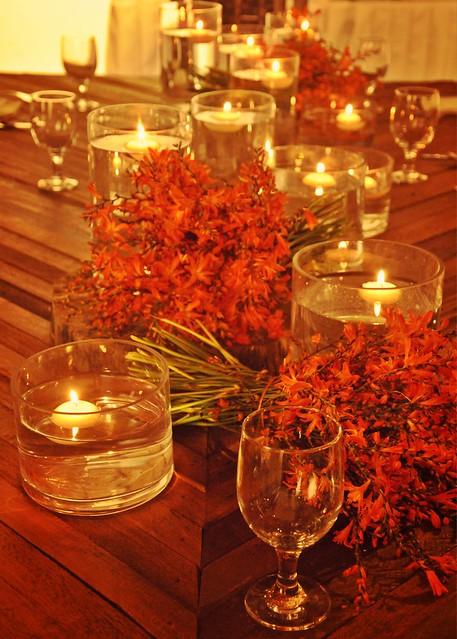 So this is how Kit styles her own party. Love all the details. Her cake was lovingly made by Ace. 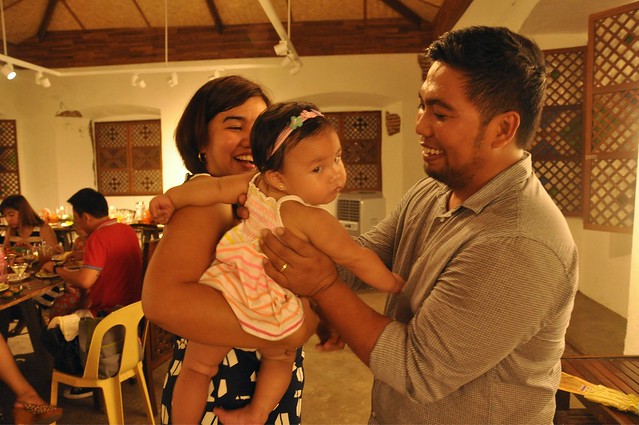 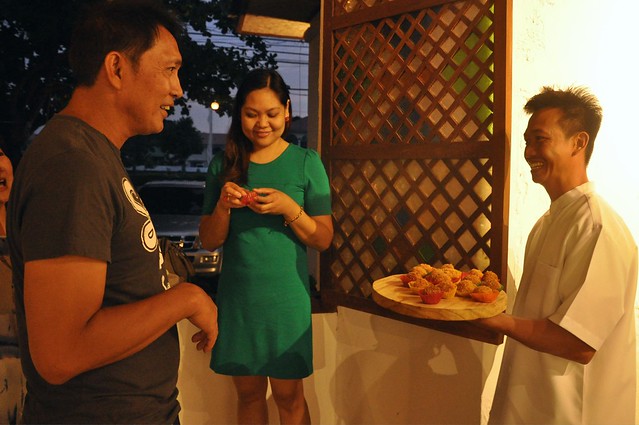 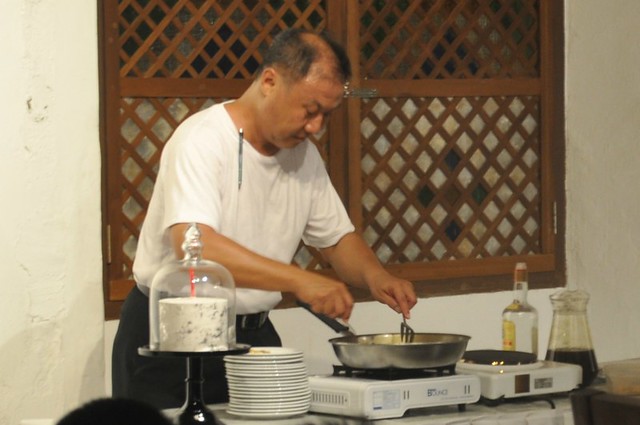 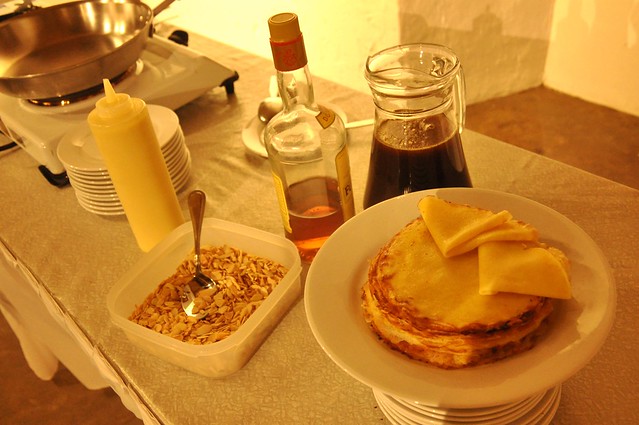 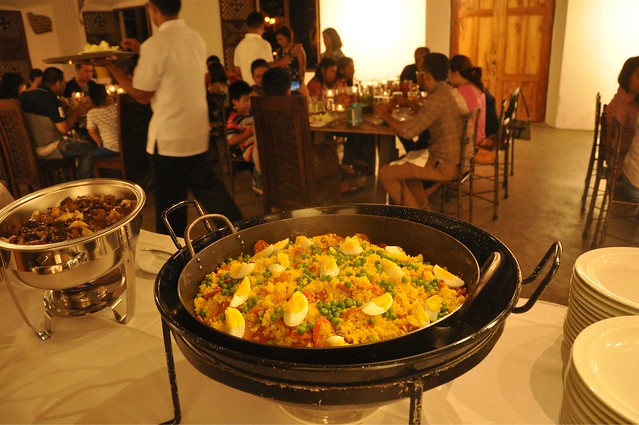 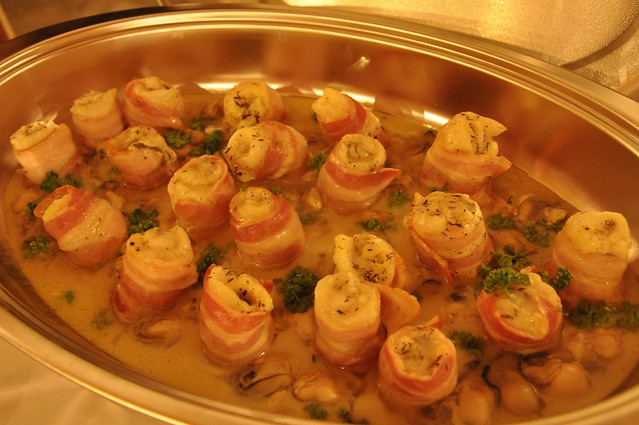 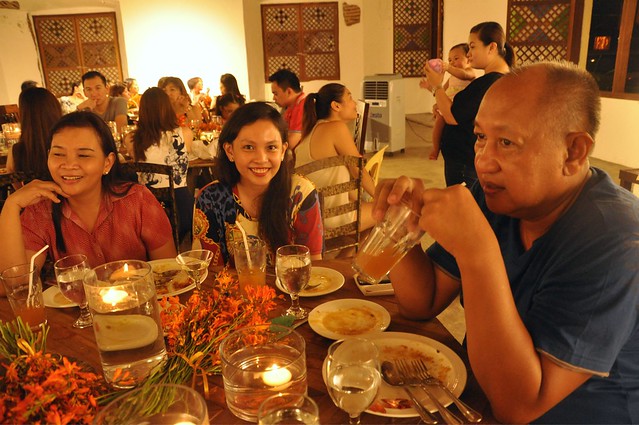 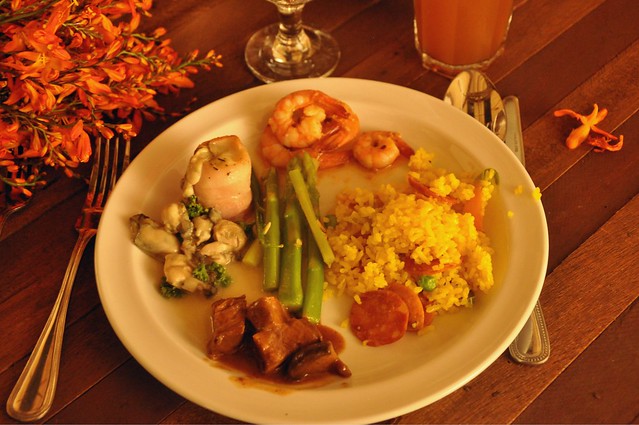 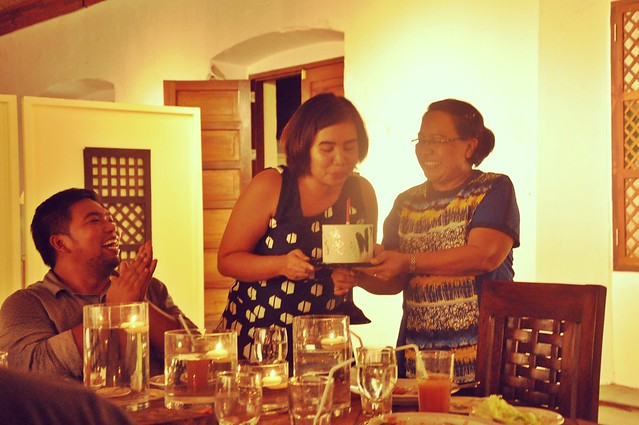 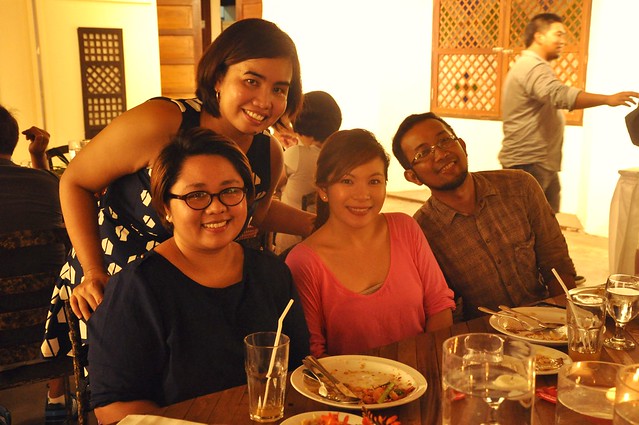 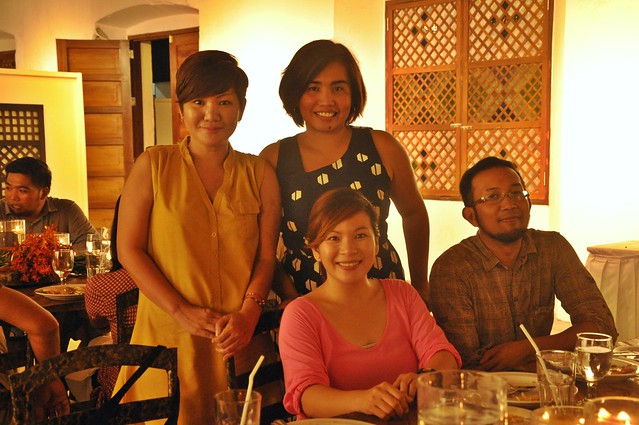 Sat beside Marianne, makeup artist Mara Manuel and musician/videographer Eric Cayetano. Below is Janice, my childhood friend and former classmate from kindergarten to second year high school at the Holy Spirit. 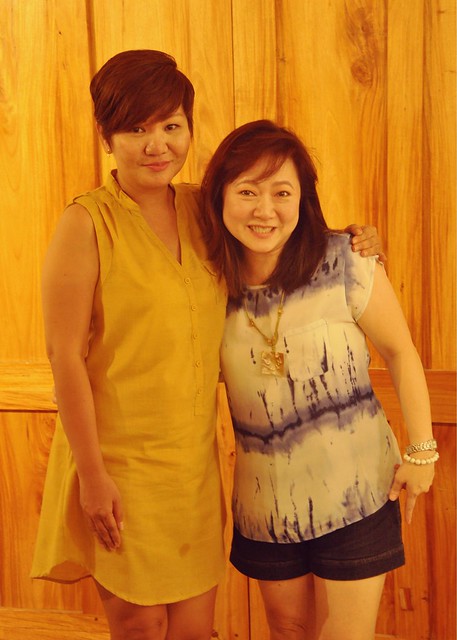 When I featured Ilocano visual artist Mike Kairuz in 2010 (here), it was after a random visit at his home. At the launch of his own exhibit at the Samtoy Books in the La Tabacalera Ilocano Lifestyle Center last night, I was finally able to take photos of him and his art. I didn’t know he left his tools only to come back after four years of absence in the art scene. Once an artist, always an artist. But Mike’s got new verve.

If you look closely into the painting, Begin The Journey, you’d notice a woman with an umbrella, kind of resembling Imelda, and a Pablo Picasso-like figure on the other side. There’s also a calesa which could fit into the entrance of the legendary Laoag Sinking Bell Tower.

Mike has added a child to his tres Marias. He wishes to do an all black and white series next.

“Four Years After” Multiple Perspectives runs until the 12th of December.

My blogger bestie, Marianne Gaces Pasion. We tend to meet  unexpectedly. She took some of the photos.

It was nice to have met another artist, Nicole Rudio. I chanced upon her beautiful work at Samtoy Books in August.  I’m looking forward to meet with her again for a feature in the blog.

I also got to meet the bookstore’s gracious manager, Gee Foronda Diaros.

Complementing each other, Eric Cayetano is a musician/videographer. Aren’t they a lovely couple?

I’ve known Stella Gaspar since about 8 years ago, here in the net:) She’s all grown up.