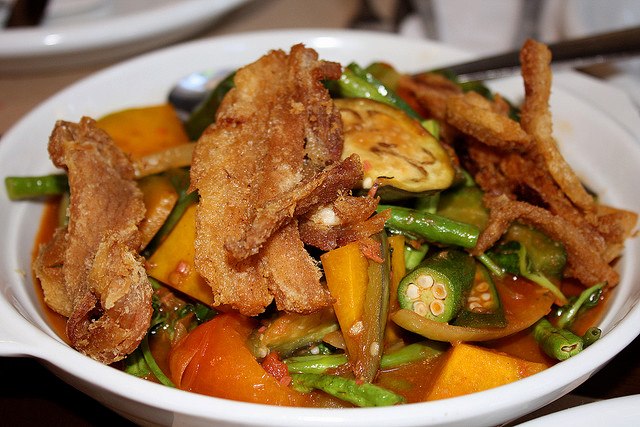 Their pancit bagnet and dinakdakan (not in photos) are likewise making me drool bigtime.

On the shelves of the empanadahan are basi, bawang, Ilocos suka, cornik and a lot more.

There’s a fresh, relevant twist to this original empanada. Other than the fact that Fariñas Ilocos Empanada uses Ilocos produce like balatong (mongo) and grated papaya, rice powder and genuine Ilocos longaniza and salt, they fry the empanadas in 100% organic, cholesterol-free oil. Hmnnn.

Happy to be back in the blog and to share photos of the latest museum in Ilocos. To be formally launched on the 24th of October is the Museo de Bacarra, created by the Local Government Unit of Bacarra through the financial assistance of the National Commission for Culture and the Arts. It is located at the St. Andrew Parish Church Compound, a stone’s throw from the Bacarra Leaning Bell Tower.

It was Joy, our Bacarreño friend, who ushered Marianne, Joan and me to the museum. A wonderful discovery: “The Balikbayan Town” of Bacarra  is also heralded as The Vatican Town of the Philippines after having produced the most number of priests in the country following the introduction of Roman Catholicism in the Philippines.

Amidst all the antiquities from the past, the tour was pleasant, with soothing, happy Ilocano piano music in the background. We have to thank Vicky Bonoan and Armando Pasion, who acted as our educational tour guides. According to Armand, it took the initiators only two months to put together the entire collection.

We call that dulang.

There’s Vicky Bonaoan with us — shot by  Armando Pasion.

La Residencia is the ancestral home of the Peraltas, used as location for the Richard  Gomez-Dawn Zulueta-starrer Hihintayin Kita sa Langit. The house is not far from the museum.

We had a brief stopover at Ella’s for Ilocos empanadas before heading back home to Laoag. Empanadas are sort of Ilocos’ banner food product.

If I were asked to choose what my Last Supper would be, it’s got to be Batac Empanada by Lanie’s Empanada at the Batac Riverside Empanadan. 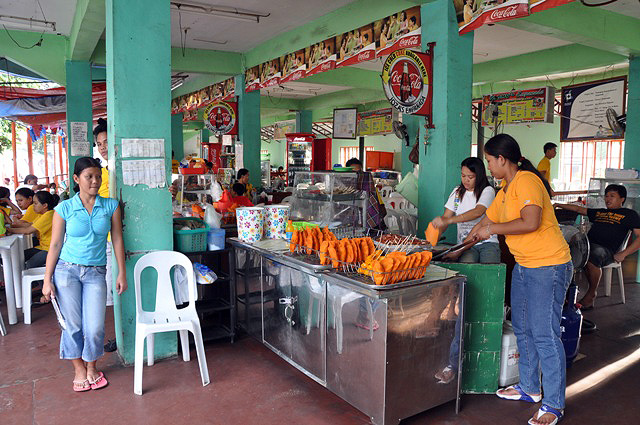 She wouldn’t tell me her secret, but I’m certain, there is something about Lanie’s empanada that makes it the best among the rest. The shell is crunchier and the over-all taste leaves you wanting for more. Even my visiting Manileño friends always have double or triple servings; and on one instance, we were asked to tranport her empanada all the way to the big city, but during re-frying, the shell didn’t come out well and the filling was everywhere in the pan. 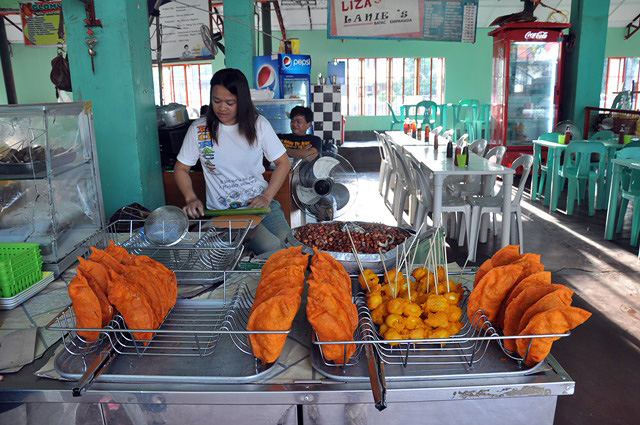 Tokneneng (battered quail eggs) and pinais, much like Lucban’s kiping, albeit thicker, are among Lanie’s specialties.

How Batac empanada is done

How I wish the photos come with a recipe. All I know is that the shell is made from rice flour and it is anatto or atsuete that lends the lovely golden orange tone to it. The filling is made with balatong (mongo beans), grated green papaya and the optional malasado (rare) or well-done egg and Batac longaniza. It is best eaten hot with sukang Iloco ken sili (Ilocos vinegar with chili peppers). Others favor ketchup with their empanadas.

Special (with everything in it) is 33 pesos and regular is 28 pesos. 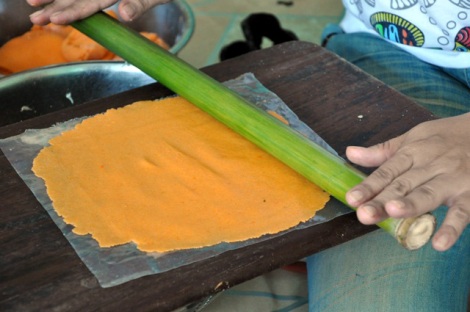 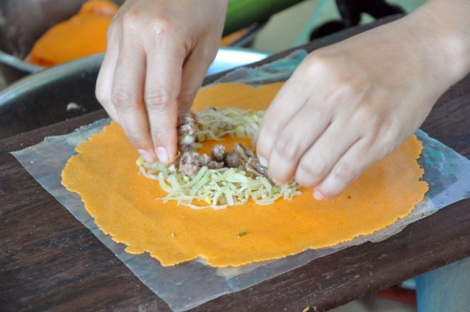 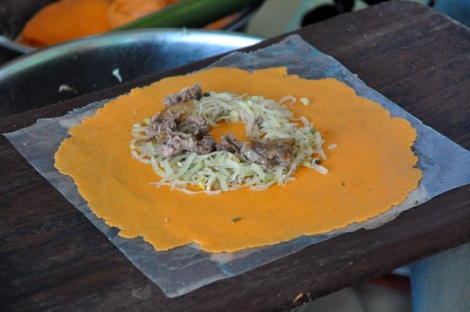 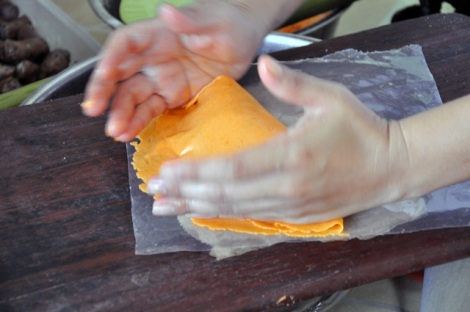 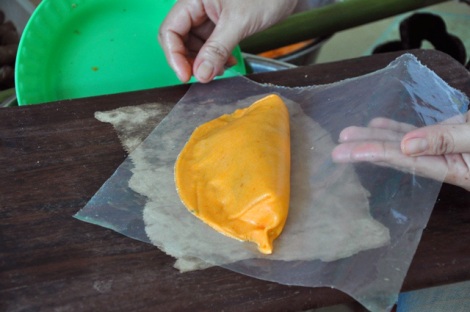 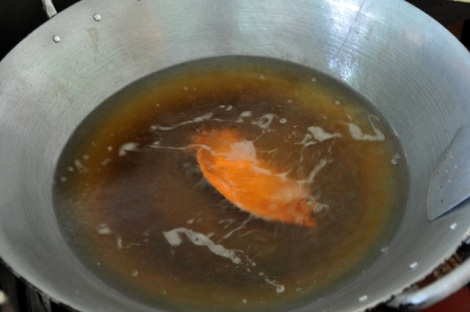 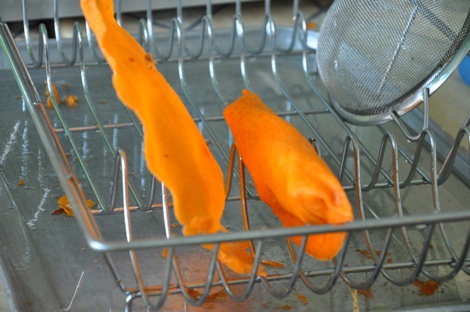