In the middle of a very long queue at the Department of Foreign Affairs office inside the Tuguegarao City Hall, I hopped in a tricycab to the Cagayan Provincial Capitol and played tourist for a while. A beautiful santan garden, trees, various flora and a birdhouse (an apartment building actually!) adorn the spacious Capitol complex. It is impressive in its stately simplicity.

Amongst the old structures within the complex is the Cagayan Museum and Historical Research Center, established in 1973. Taking photographs is not permitted, but the staff were really nice and they asked me to fill up a form for approval by the curator, and fortunately, I got accommodated.

Visiting museums and imbibing that sense of place is not appreciated by everyone. It can get boring, at times eerie, yet it is one activity a tourist should not miss. The essence of travel, a visual experience can sometimes be a more powerful learning tool than the most scholarly writings.

Going around the museum, I am able to figure out that the northeastern province of Cagayan is a melting pot of cultures.

Though there are more Ibanags amongst all Cagayanos, comprising ethnic groups such as Negritos, Itawes, Malauegs, Ibatans among others, the Ilocano language is widely spoken.

An extensive research on the Callao Cave within the karst formations along the Pinacanauan River in Peñablanca can be found in the museum. I had a chance to catch a circadian flight in a kayaking adventure down the Pinacanauan in 2006. The windblown ribbon-like motion of the million bats was such a visual treat .

Ancient jar burial tradition in Solana and the Fuga, Calayan and Babuyan Islands is likewise highlighted.

As evidenced by the numerous centuries old churches spread across the Cagayan Valley, Roman Catholicism is deeply rooted in its past. Antique vestments are among the artifacts on display.

I missed a photography exhibit which was in the process of being transferred to the Paseo Reale in downtown Tuguegarao.

Back to the DFA… 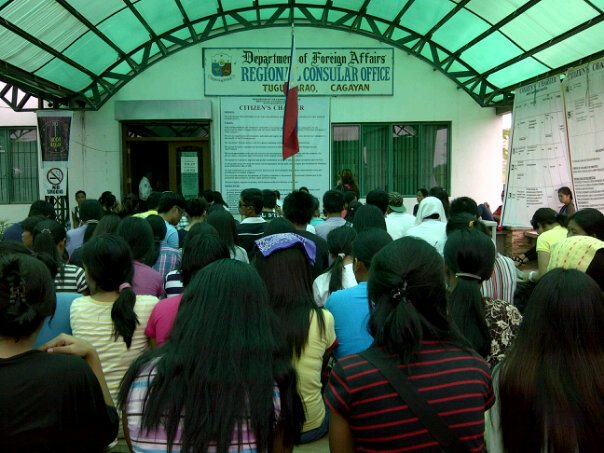 Thank you to the wonderful staff of the Cagayan Museum and Historical Research Center.