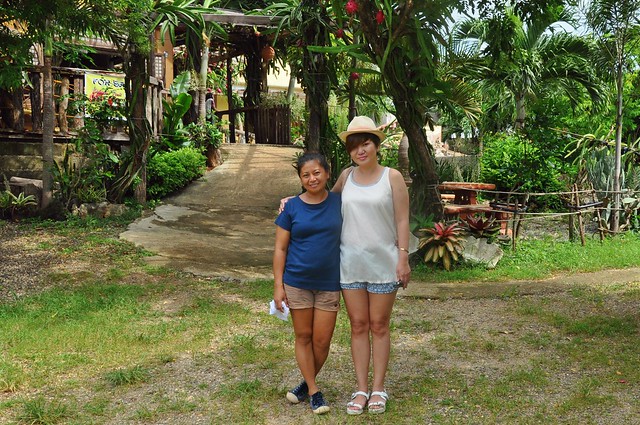 The REFMAD Farms of the Dacuycuys will always have a special place in the heart of the author of BlauEarth. She has witnessed how the humble hut, surrounded by varying heights of dragon fruit posts, has been markedly reduced in prominence over the years. The baby of Ms. Edita Dacuycuy is now a lady, ever blooming and ripening.

From time to time, Ms. Edita is able to leave the farm to her daughter Mildred aka Mimie (her co-planner and gal Friday since day one) and travel and share the good news about how growing dragon fruit in Ilocos has helped not only her family, but other farmers and communities as well, besides the healthy benefits of this high value crop.

The well-loved farmer in Ilocos Norte has made a significant contribution to tourism — the bucolic yet contemporary destination continues to attract visitors from all walks of life. 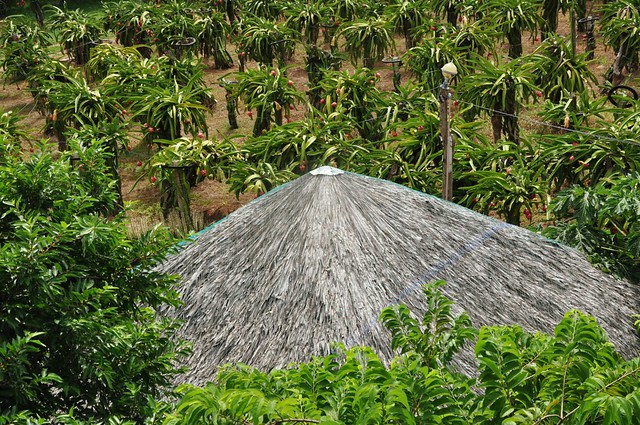 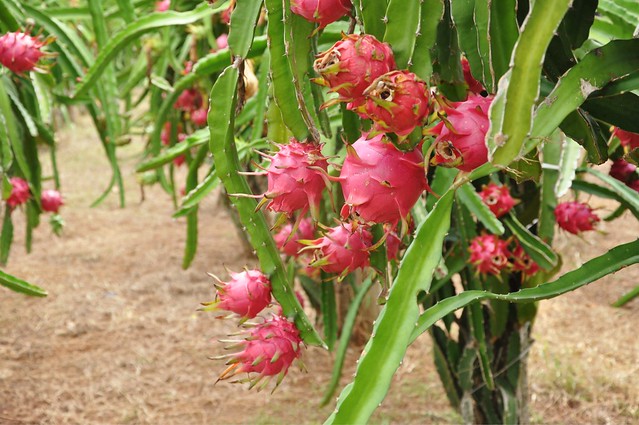 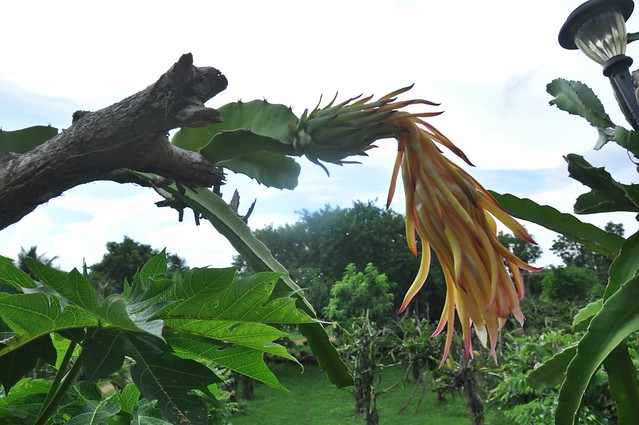 Mimie shares with us photos from one of the international exhibits and expositions REFMAD Farms has participated in. She carries the nation’s colors everywhere she goes. She’s met many wonderful people (like Chef Gaita Fores, in photo below) and learned significant global trends and techniques that she wishes to adopt and practice in the farm. “Her hands are full,” Mimie says when asked if her mom is ready to leave the nitty gritty to her. 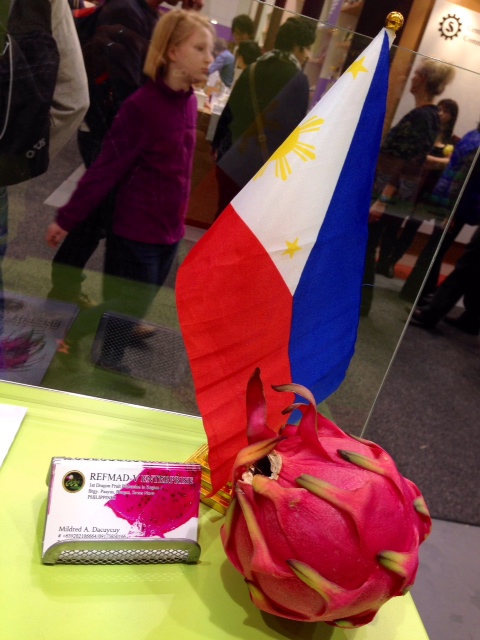 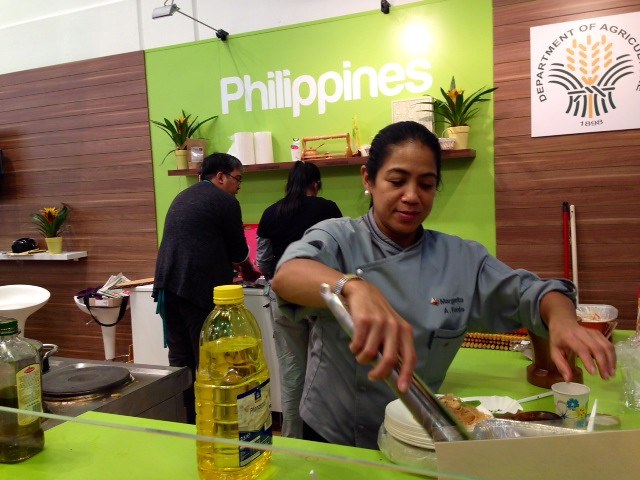 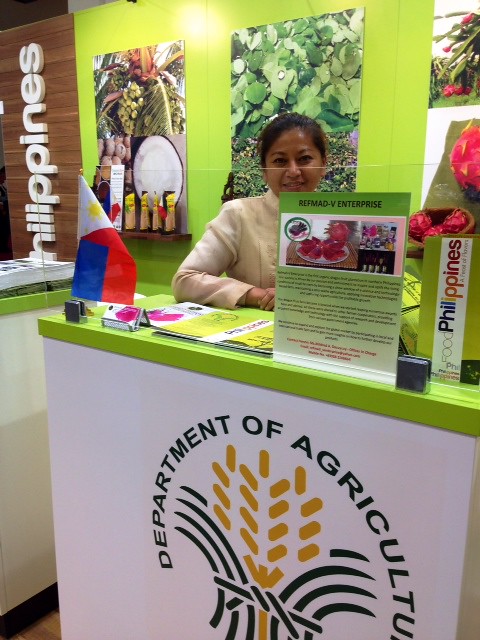 The brainchild of Mimie, the just concluded first Dragon Fruit Picking festival at the farm (the start of a yearly thing) was well-attended by friends and dragon fruit fans, and covered by both national and local media. I was actually the last picker at the 5-day festival. I liked it because I was able to sit down with her for the first time. It was always Tita Edita who taught me the things I needed to learn about dragon fruit.

The hardworking duo behind the successful REFMAD Farms wish they have more time for all the things they haven’t done yet. With a lot of TLC, quality soil and, yes, music (you have to go there to believe), they are able to harvest 10-12 times in 6 months. Their ice cream and vegan dragon fruit lumpia (that tastes like meat) are attractions in themselves. Their dragon fruit wine was featured at Sofitel. Their vinegar is also doing well. 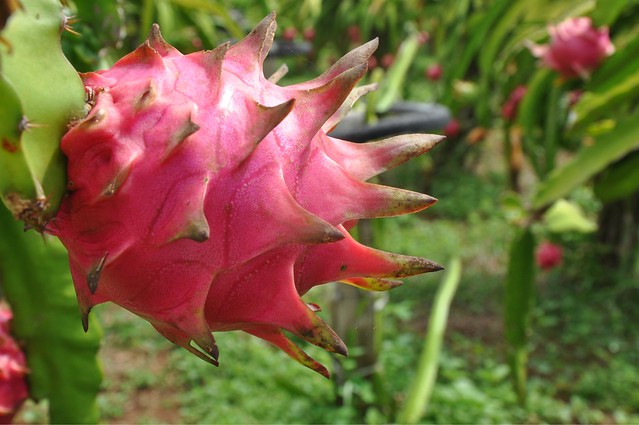 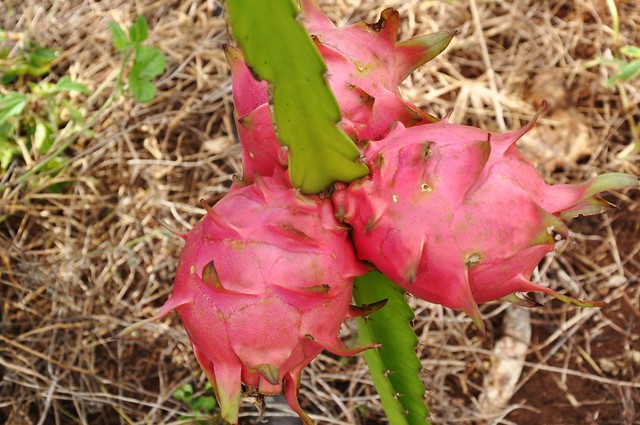 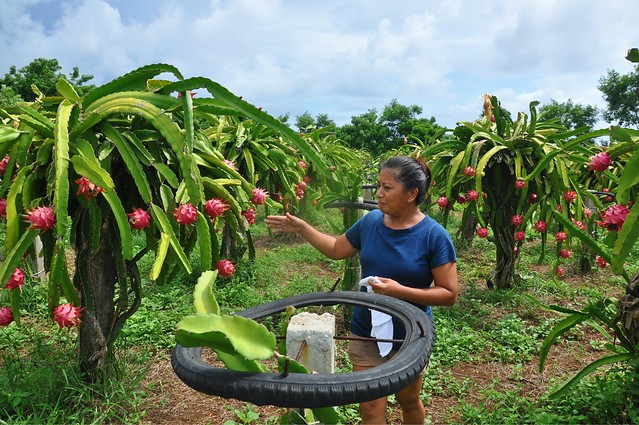 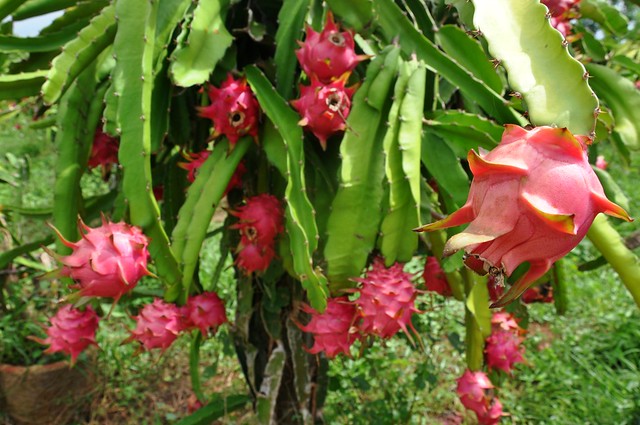 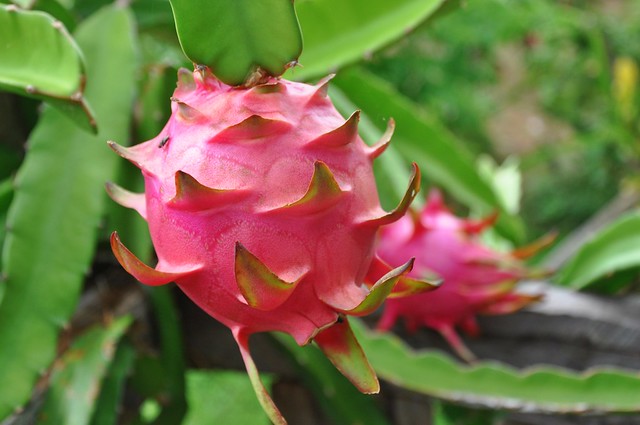 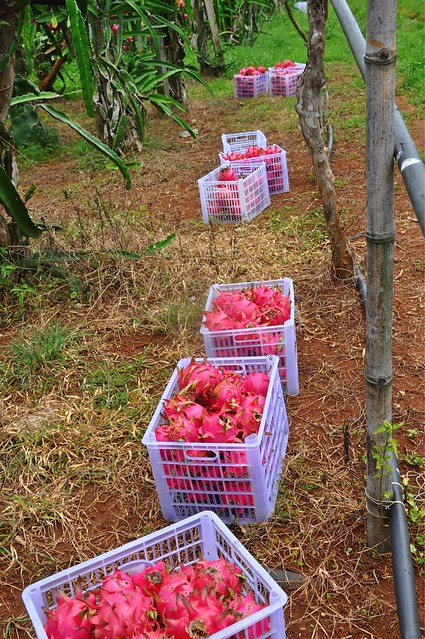 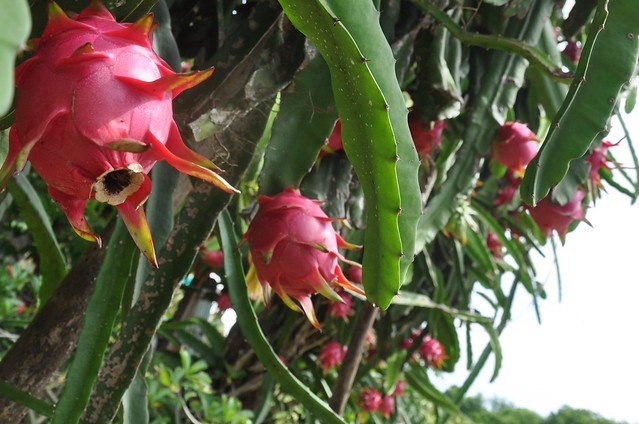 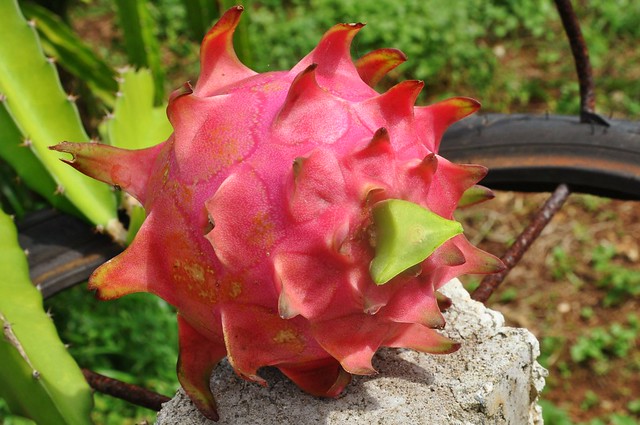 Ripe for the picking: my fruit. 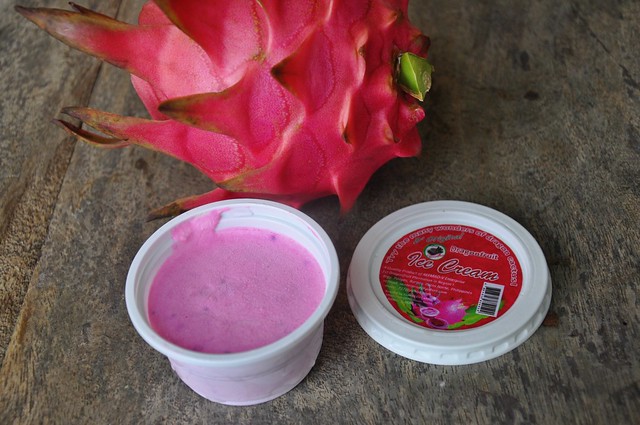 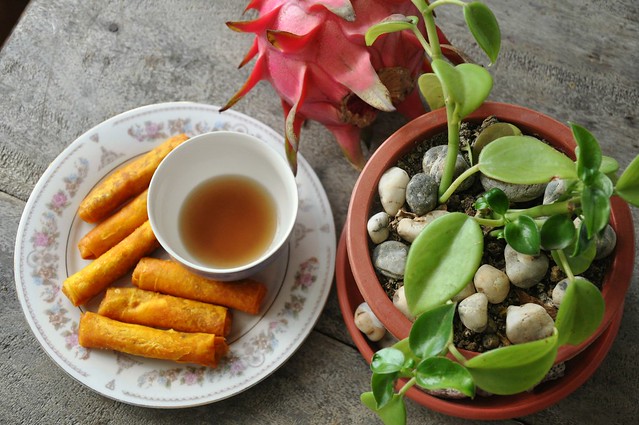 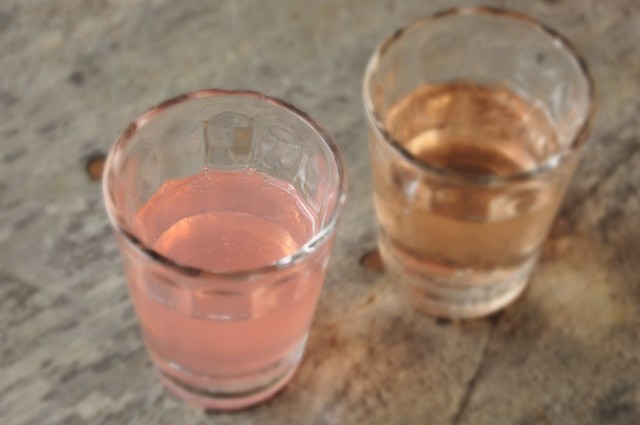 It’s sweet and fruity, but interestingly, it makes a very good cider when it  ages. 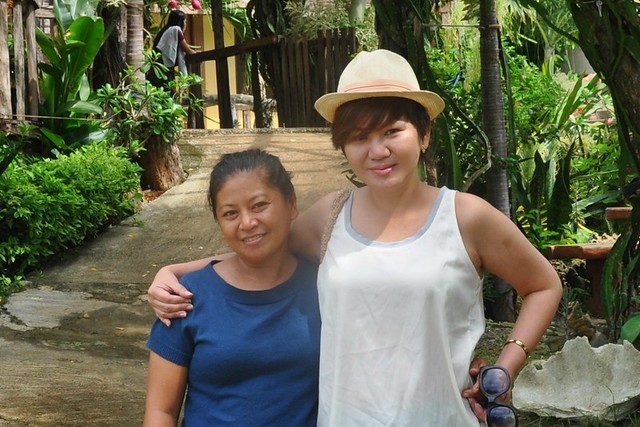 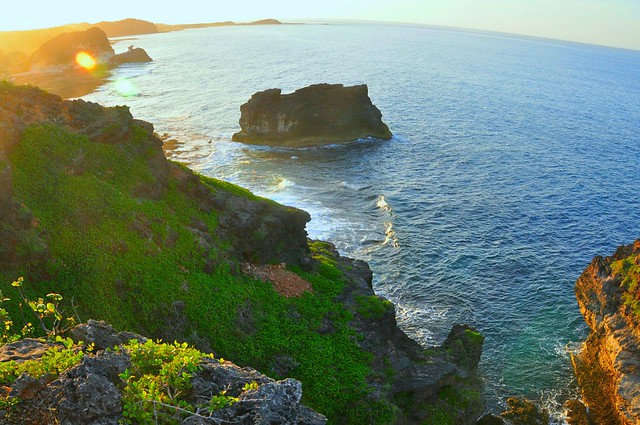 Palpalokada was the most picturesque place I’ve ever photographed. It captured the imagination of people when I first posted it on Facebook.

Three weeks after Ilocos Norte’s best-kept secret came out in the news, a television crew arranged a shoot for its inclusion in a feature story about the country’s paradise-like places.

Some people who have visited Palpalokada would compare, it’s the nearer alternative to say Batanes or Hawaii.

I’ve grown attached to the blog header. I still get a lot of inquiries about the location.

Several weeks ago, an in-flight magazine wanted to borrow my old photos they stumbled upon in the net. I declined on purpose. What is there to promote to the world when that perfect, unusual landscape that Ilocanos thought they never had has been altered and can never be enjoyed whole again? 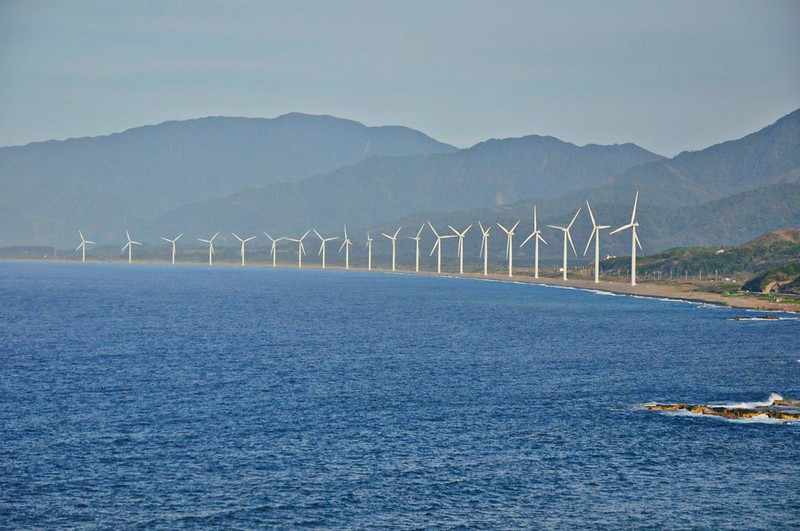 I liked the Bangui windmills when they were the only ones standing along the windy coastline. They launched a million photographs. Those were the first in Southeast Asia.

Burgos and Caparispisan, Pagudpud, are the next hosts to industrial wind turbines. With a second and a third wind farm in progress, the appeal of wind turbines has turned cloying.

Wind is free, we know. But to the larger majority of residents in Ilocos Norte, there is no direct benefit. Power is sold to the grid and we buy power from the coop.

The turbines reduce greenhouse gases, we understand. But has it even occurred in the minds of the leaders that their constituents need to be consulted when hundreds of hectares of land to accommodate these gigantic turbines are compromised?

Is it enough that the project is labeled green?

What happens to an ecosystem that has been disturbed?

I say goodbye to the unsullied beauty of Palpalokada. Forever blown away in the wind. 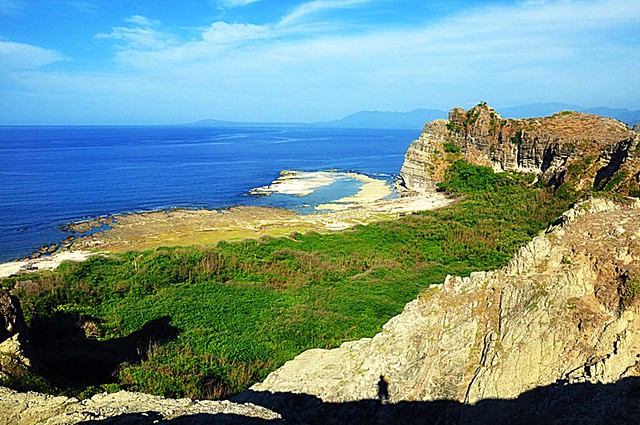 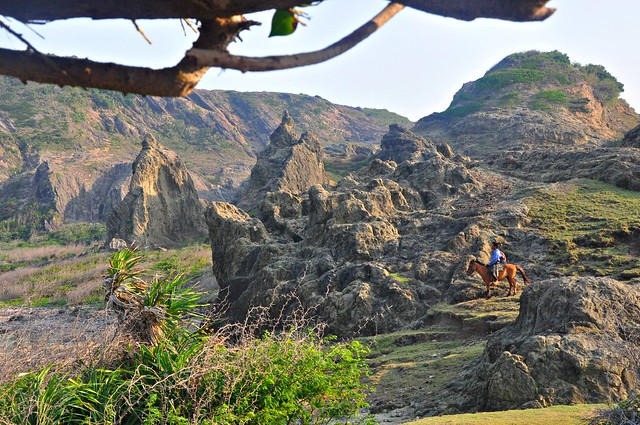 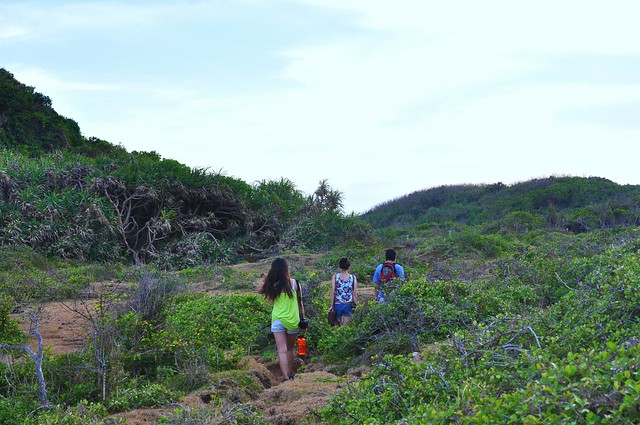