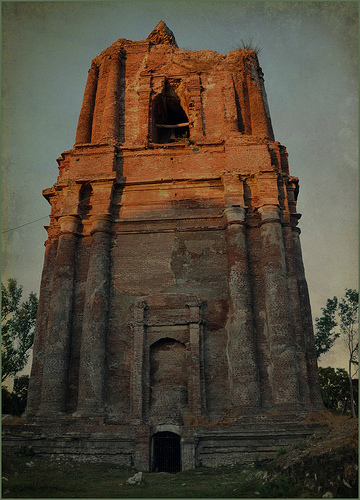 The Bacarra Tower was built in 1828 by an Augustinian missionary, Fr. Bergier. It was originally a 50-meter high, 3-storey structure, but was ruined twice by earthquakes in 1931 and 1971 causing it to lean and lose its dome. The heavy giant bronze bell on the belfry is now lost, but the beauty of the tower has remained. Declared a  National Cultural Treasure in 1973, it is one among the  significant historical and architectural landmarks in the Philippines.

The photos may not be downloaded, reproduced, copied or used in any form without the expressed permission of the owner.