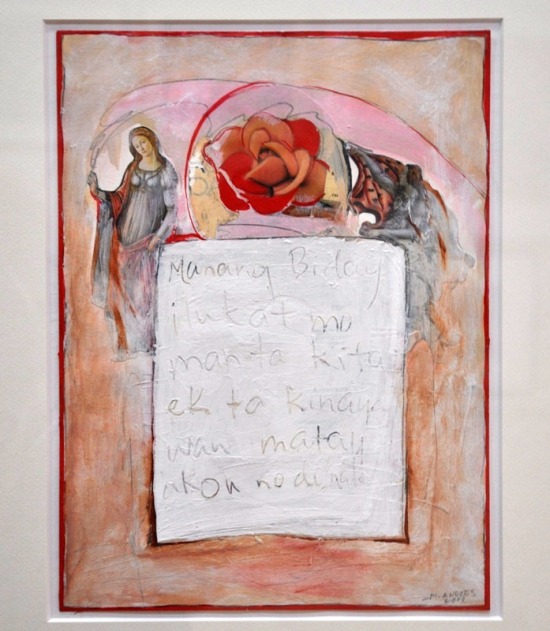 At long last, I made it to the Andres Art Gallery in “The Balikbayan Town of the Philippines,” Bacarra, Ilocos Norte. The museum used to be the living room of the Andres residence. Like a lost child in a candy store, I didn’t know where to lay my eyes upon. The fabulous artworks were made by Mandell Andres, a Bacarreño, who has moved to Honolulu, Hawaii, back in the mid-70’s after graduating with a Bachelor’s Degree in Nursing  from the University of Santo Tomas. The “creative and persevering” Mandell, according to sister Norma Castro (the museum administrator), has loved the arts since childhood and  has enhanced his skills through a Studio Arts Program at the prestigious Honolulu Academy of Arts which houses priceless art pieces reflecting the unique multicultural heritage of Hawaii.

The artist has since won numerous awards, had his own solo exhibits, been presented in various exhibits all over Hawaii and also in other states. 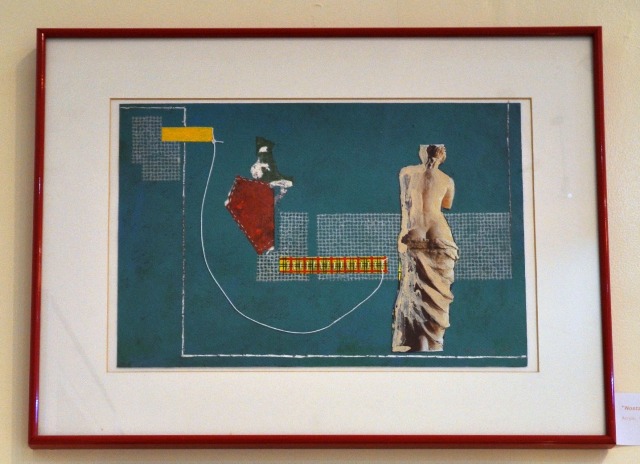 Mandell visits home from time to time. Says Norma, “He is the silent type, who loves his independence… a  very loving and thoughtful brother.” 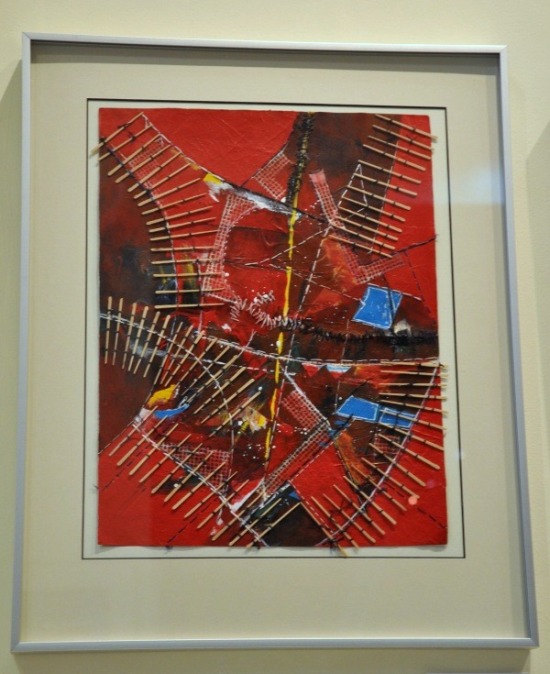 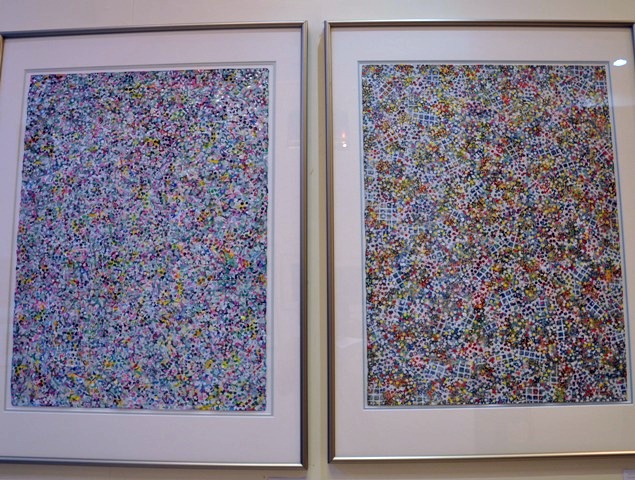 “Kahakaekaea”  in acrylic, gold, fiber, wood and paper. The artwork is already owned by Marla, another sister of Mandell. 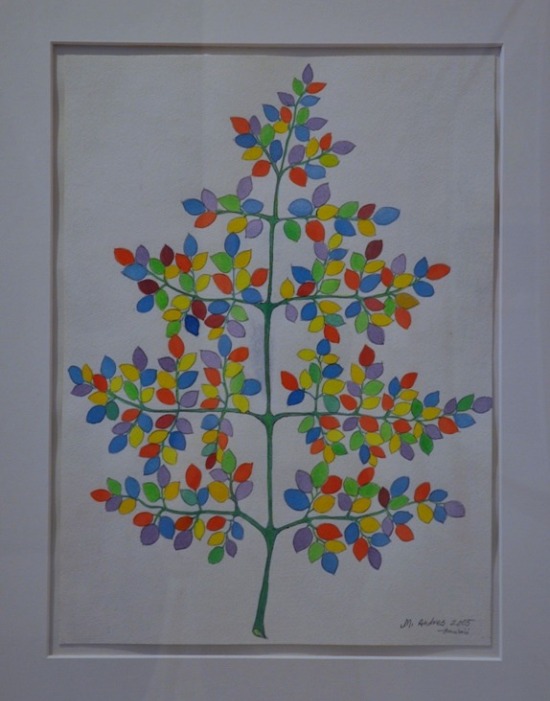 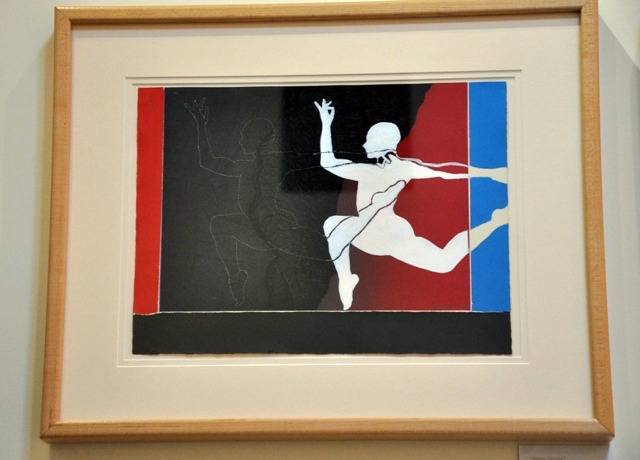 “Blithe Spirits” in acrylic and needlepoint in monotype. 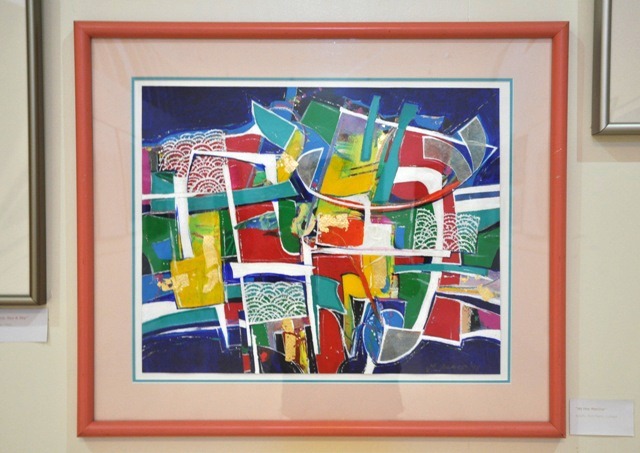 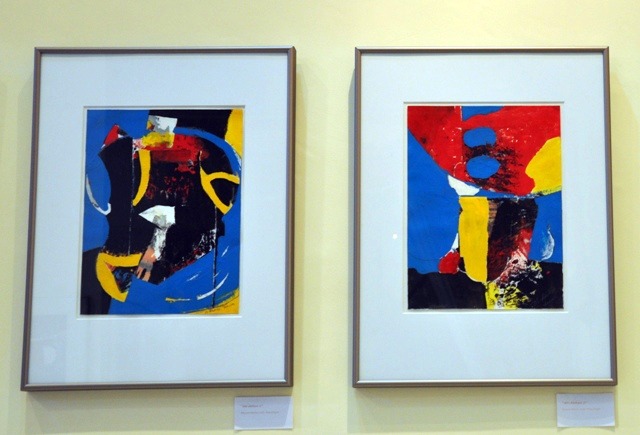 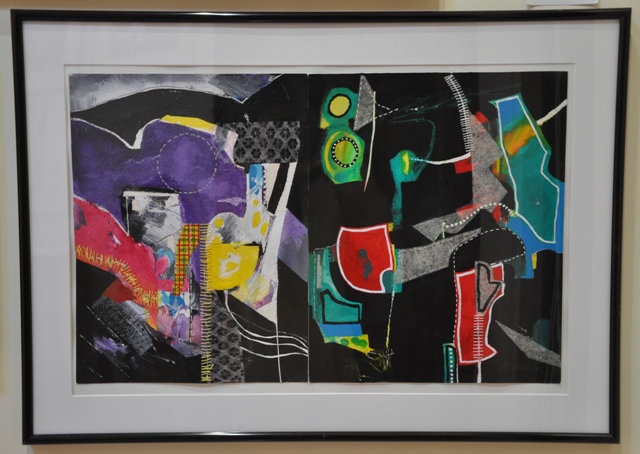 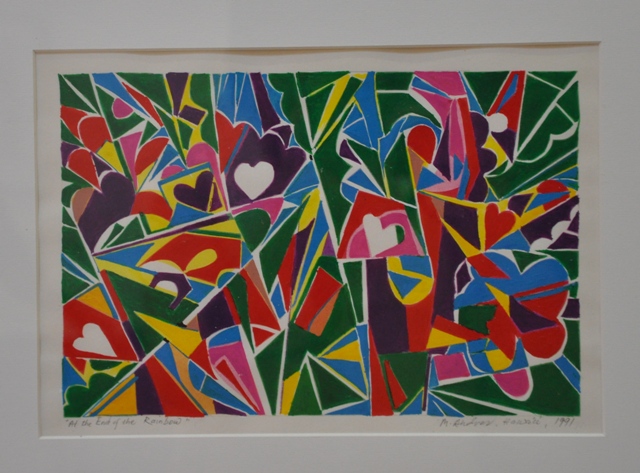 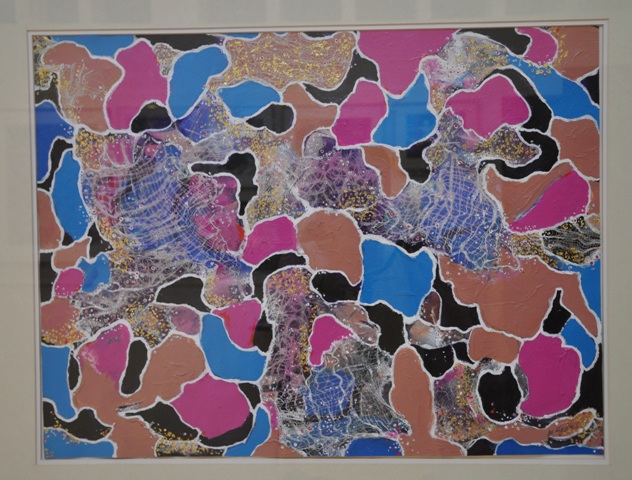 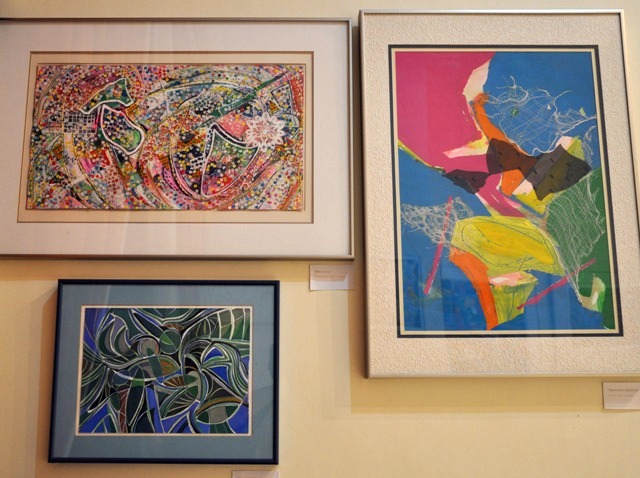 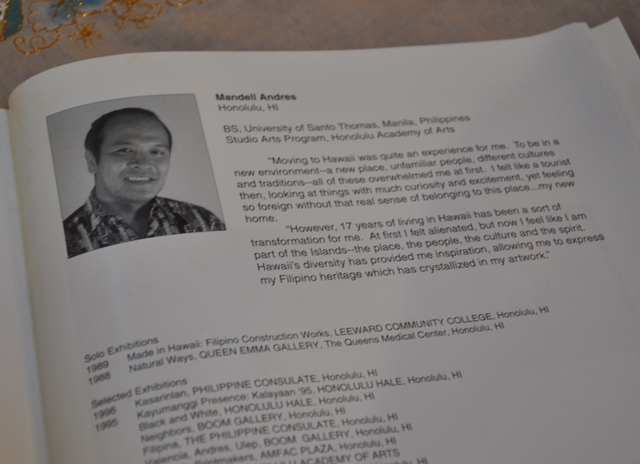 From Mandell Andres — “Hawaii’s diversity has provided me inspiration, allowing me to express my Filipino heritage which has crystallized in my artwork.”

*With special thanks to Ms. Norma A. Castro 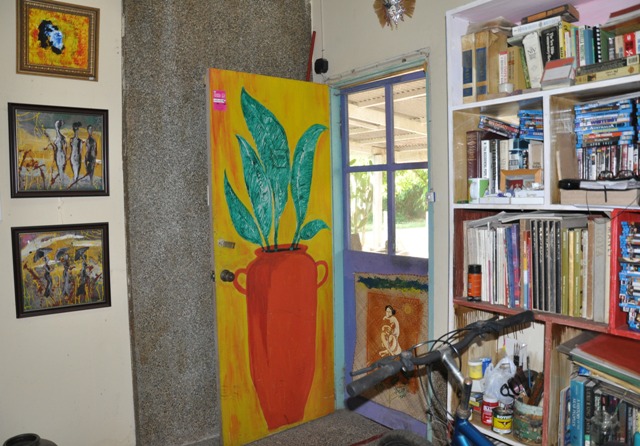 What’s the next thing to do when you’re too early for a carefree Sunday afternoon snack at the Stone House Café along the Airport Road? Let me think… visit Mike Kairuz who lives around the Laoag International Airport area. Good idea! 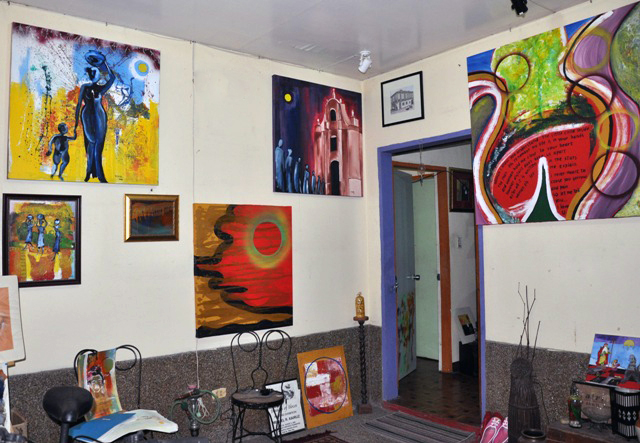 Mike Kairuz, who? Mike, a friend from way back, is a half Filipino half Lebanese weekend painter who considers himself an Ilocano. He started painting while growing up in Manila. After college, he moved to Laoag, and he’s never left Ilocos after he met and married his angel, Lita. They are blessed with three lovely Marias, named  Denise, Michelle and Nicole, the answer to why he is drawn to “Tres Marias” as his art subject. Not to mention, “Mother and Child” for the plain and simple reason that it is a global culture. 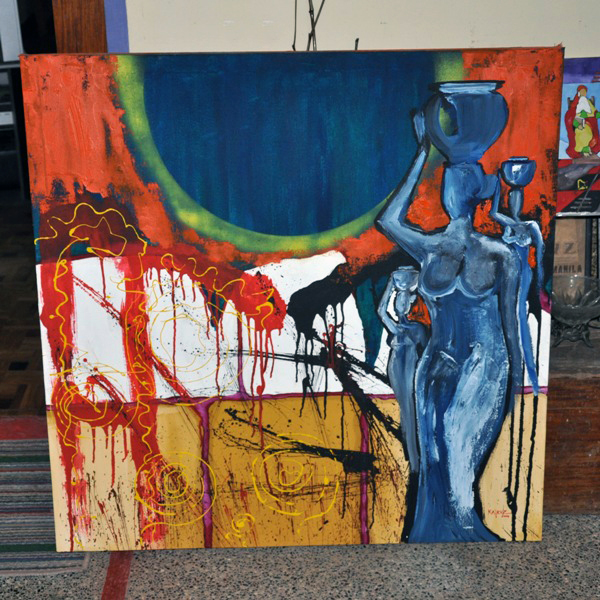 “Semiabstract and silhouette,” Mike said when I asked him to describe his art. He uses oil, and acrylic, and his palette, bold and striking. “And there’s always blue.”

“Like the sky, it brings out all the colors, and it is earthly,” Mike answered.

I told him that we are mutual in that respect, parallel, as it were. 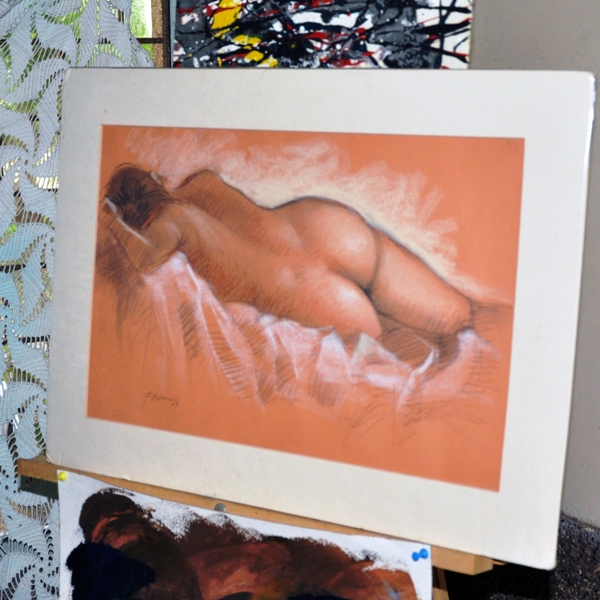 Among Filipino painters, other than Filipino National Artist (Visual Arts) BenCab, he looks up to painter-art teacher Fernando “Nanding” B. Sena, known for nude and stills. Among Mike’s art collection is a nude painting by no less than the master  himself.

He admires Pablo Picasso, French artist Paul Cézzane, and art star Jean-Michel Basquiat. The one thing I noticed about the artists he mentioned is the use of vibrant or explosive colors. 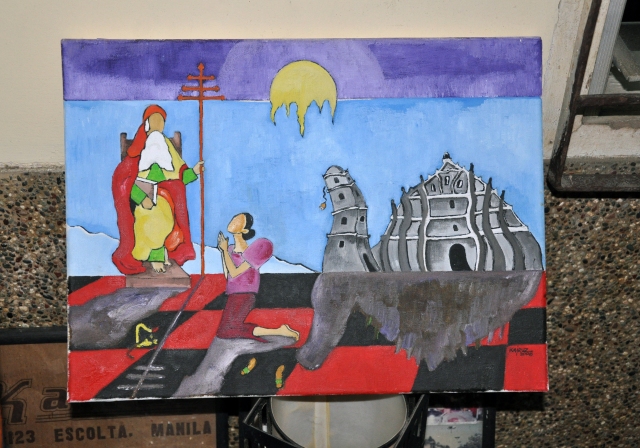 Mike  has joined about twenty-five exhibits around Manila, Bacolod and Laoag. He has a varied clientele. In Laoag, art-loving politicians and doctors are his usual patrons. His price is 3000 php and up.

Mike and I talked about other things besides art. He looked good and fit, so I asked him to share his secret. “I jog around the neighborhood every morning, and I eat less pork.” Mike is obviously into this healthy lifestyle, so I asked him if he cooks, and he said, “Yes, Mediterranean cooking, like I use a lot of olive oil. I use olive oil dressing for my avocado and onion salad.” I guess, that’s what you call Discipline.

So maladroit of me, I forgot to ask him why he used the very cool Smackwater Jack when he was radio deejaying. He had the hippest playlist, and I tell you, he had a large fan base, but that was way before iPods and other geeky stuff.