It’s been more than three years since I moved from Silver Lake to a more low-key and quiet neighborhood in Los Angeles. Though miles away from downtown LA, the excellent and convenient public transportation (Metro train and bus system) has made life easier for commuters like me if I had to be in the inner city. Technically, the San Fernando Valley or The Valley is still Los Angeles. I love my own little corner in the valley and at the moment reorganizing my future with family who have recently joined me. My workplace is just a bus ride away from my home. I have friends who I get to see often, like today, I went to the opening of Good Belly and Shrimp at the Northridge Fashion Center Farmers Market. Carmelo Bonoan (son of my Laoagueño friend Odette) and his wife Richie Chua Bonoan, who just graduated from culinary school, have just activated their Filipino-Hawaiian food project in the most culturally diverse city in the world. Food was good! In fact, we had a repeat order of lechon belly, not to mention a double order of grilled shrimps with Tajin-dusted fresh pineapples. A great start for the couple, they actually ran out of rice to accompany the last serving of lechon by closing time. Congrats, Melo and Richie! 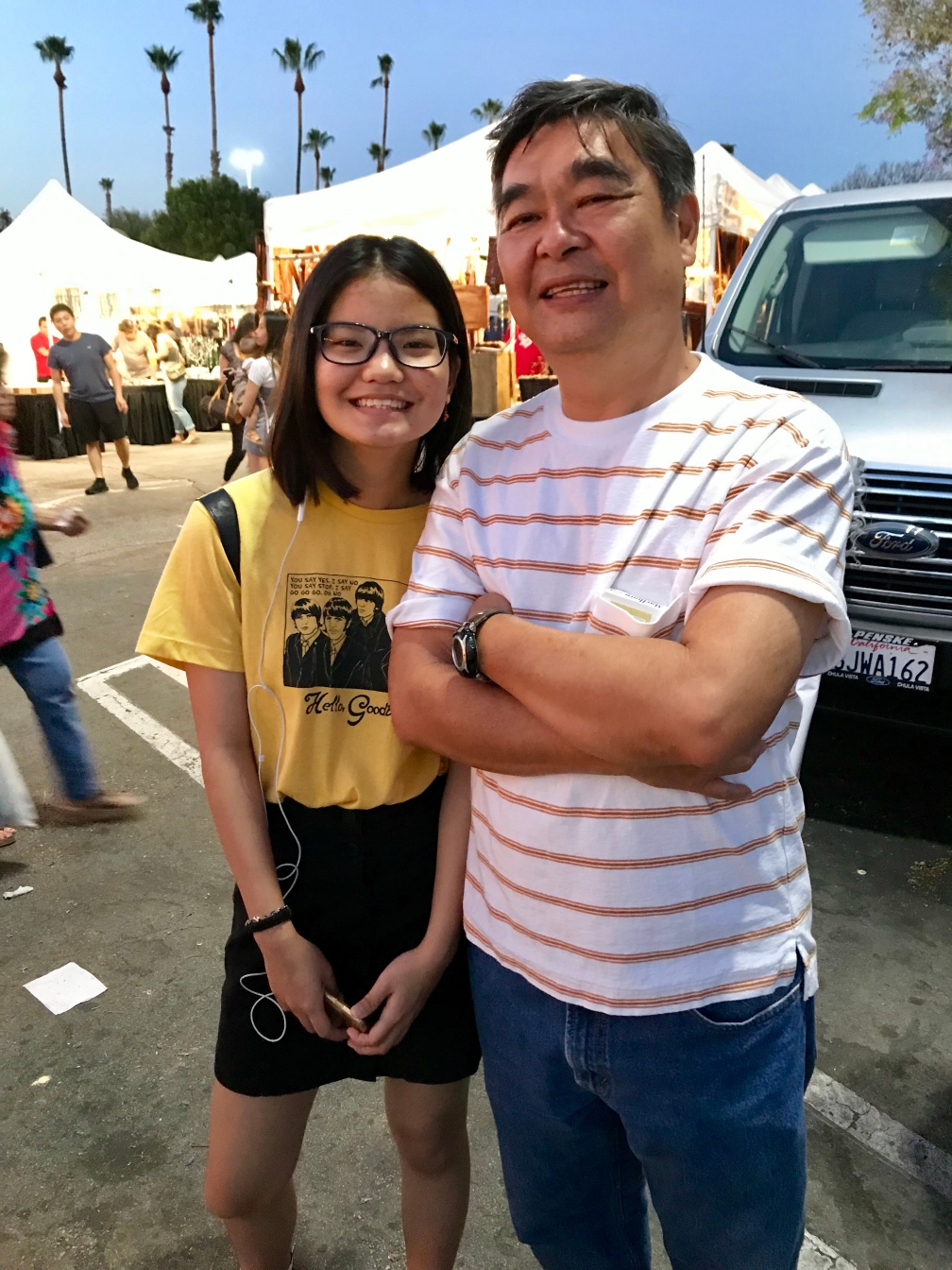 The Northridge Farmers Market on Tampa Ave. (near the cinemas) is open 5-9PM on Wednesday nights.

Last termer Congressman Rudy Fariñas, in his 39 years as public servant, rose from being a newbie city mayor at the age of 28 to House Majority Floor Leader from 2016 to 2018, during which he led the probe on Ilocos Norte Governor Imee Marcos’ (also on her last term) alleged misuse of tobacco excise tax to fund her personal projects. The ousting of House Speaker Pantaleon Alvarez cut short Rudy’s powerful post. A few days before the May 13 midterm elections, he withdrew his gubernatorial bid against Imee’s son Matthew Manotoc and announced his retirement from politics to focus on his children’s desire to do the same as him and continue his brand of service, particularly the direct delivery of services to the communities through his Rang-ay ti Barangay program, renamed Rang-ay iti Amin.

No one in his right mind can ignore Rudy Fariñas, his brilliant mind; the peace and order in the province of Ilocos Norte, which opened for his fellow provincemates the gates into the distant and unconnected barangays in the Cordillera mountains such as the towns of Adams and Dumalneg and parts of Vintar, Piddig, Solsona and Nueva Era, post-EDSA revolution when he was governor and the many roads to obscure and unsullied spots in the North he helped pave as congressman, improving access to nature destinations like Anuplig Falls and Mt. Palemlem in Adams and Mt. Sicapoo in Solsona, thereby putting Ilocos Norte on the adventure map pre-Imee governorship; the numerous bills he has passed in congress; his plainspoken, yet eloquent and entertaining manner of expressing himself; and the devoted father that he is to his children. 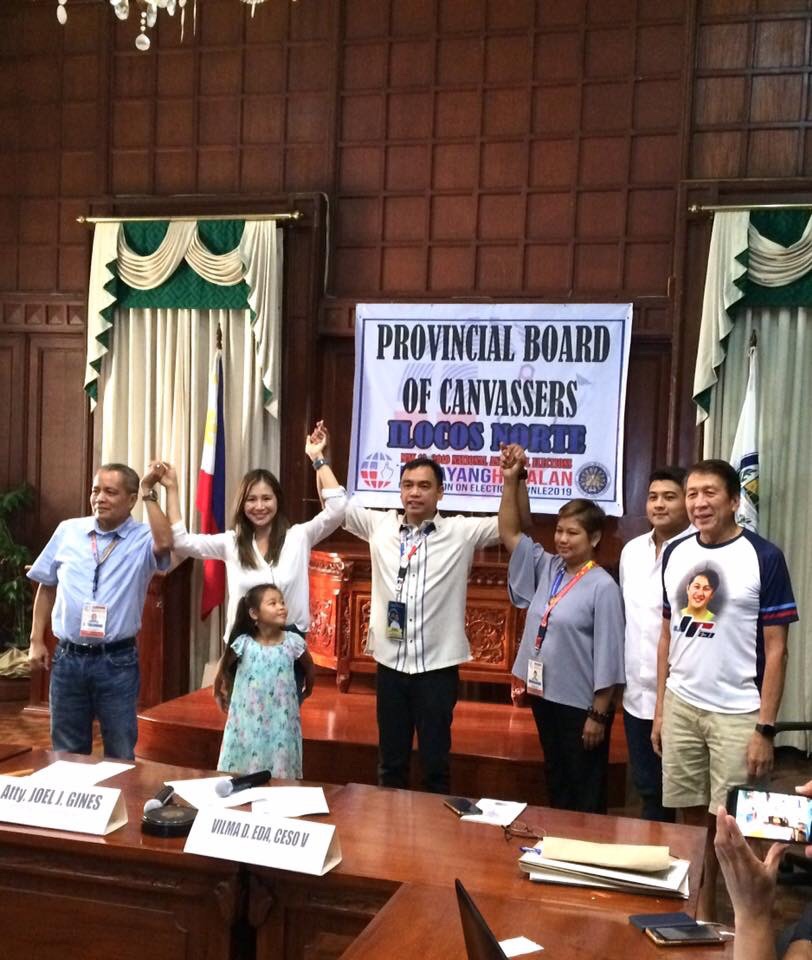 After the recent tight election races where Marcos-backed politicians in Norte ran against Fariñas scions, it was proven that Fariñas is still a name to be reckoned with in Ilocos Norte. Ria, who was Rudy’s chief of staff during one of his terms as congressman before she became a provincial board member herself, defeated aspiring politician Ryan Remigio resoundingly, contrary to earlier Facebook polls. Junior, the youngest, emerged number one board member in the 1st District like his sister during her first term, while Probinsyano Ako partylist, with Rudys Ceasar also known as Baby Boy, as its first nominee, is already assured of a seat at the House of Representatives. Before the elections, Kris Aquino in an IG post, shared with her 4.2M followers Probinsyano Ako’s platform which includes the delivery of health services to the people like bringing the hospital to the patient instead of bringing the patient to the hospital through mobile clinics.

Incumbent Laoag City Mayor Chevylle Farinas, wife of Rudy’s nephew Michael, who passed away in a car crash last year, lost by hairline to comebacking politician Michael Marcos Keon, who once ran against Imee Marcos for governor and lost. Chevylle’s son John Michael also lost his bid for Laoag vice mayor to Toto Lazo, son of the late Antonio Lazo, vice governor during the Ferdinand Marcos regime when the Keon-Lazo was the OG tandem.

It will be remembered that Imee and Rudy ran under the same ticket in the 2010 elections and Chevylle and Michael severed their ties with their uncle only to be reunited before the 2016 presidential elections. Imee is set to be proclaimed senator. Her son Matthew takes over the governorship. Anything can happen between now and the next elections.