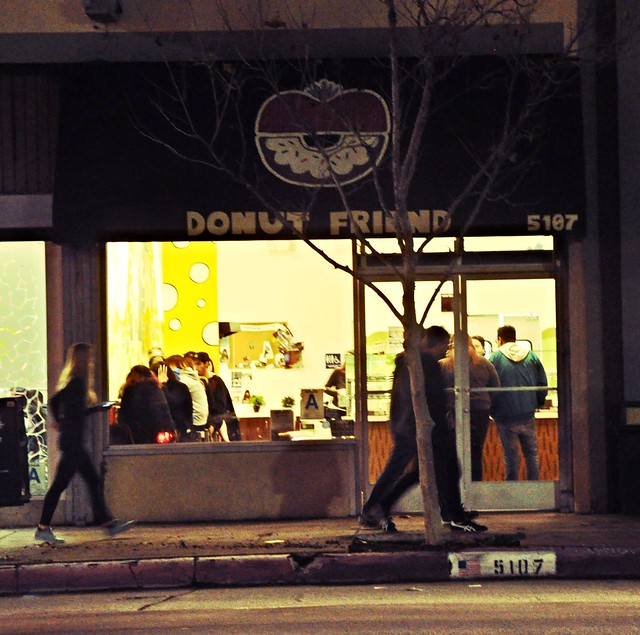 York Boulevard in Highland Park is a string of happening spots, if you are one who likes old-school, local art, date-night setting, hmnn, walking, and good food. Ericke was treating me to dinner. Chego came out first, but I wanted to keep away from the Far East Plaza in downtown LA until the next Ramen Champ tonkatsu tan tan ramen or Thien Huong pho with escargot or Fortune Gourmet Kitchen’s salt and spicy pork chop craving hits mom and me. (Hahah,) Ericke and I don’t dine out as often as I eat out with my mom, and on a day Ericke and I can be a twosome, the Far East Plaza building is the least place I want to be in. Donut Friend was new to me, but I actually also ditched Boiling Crab for Donut Friend.

She realized she left her wallet at the office before we were about to cross the street to go to the donut place. 10 dollars in her coin purse was safe; in Tagalog, we say, “Tuloy ang ligaya.” 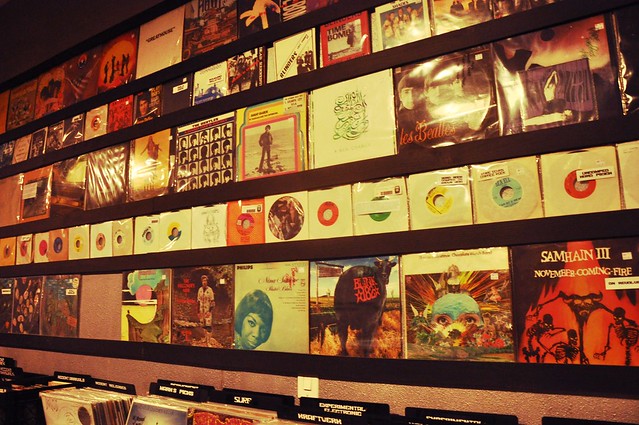 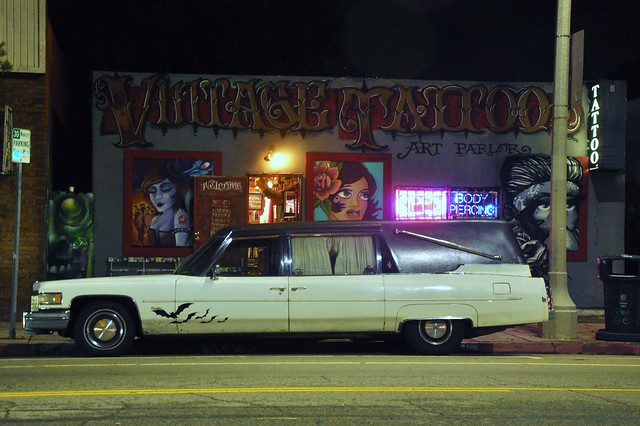 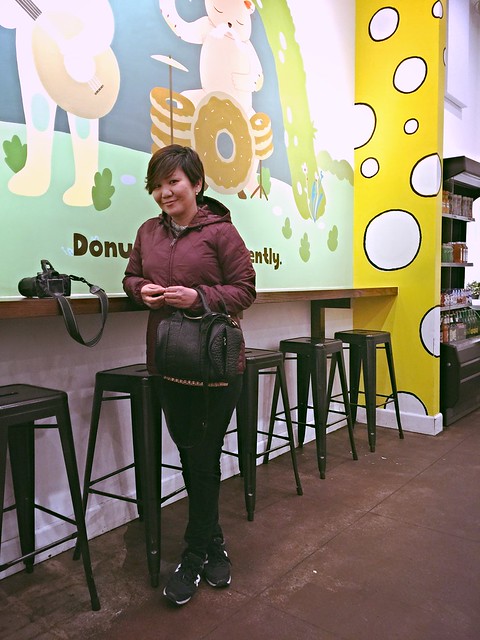 The baby of a pop punk producer by the name of Mark Trombino, Donut Friend continues to make the list of LA’s best donuts, if not the best. The kindergartenish interiors are fresh at any time of the day, at any kind of weather, just like the donuts they make. 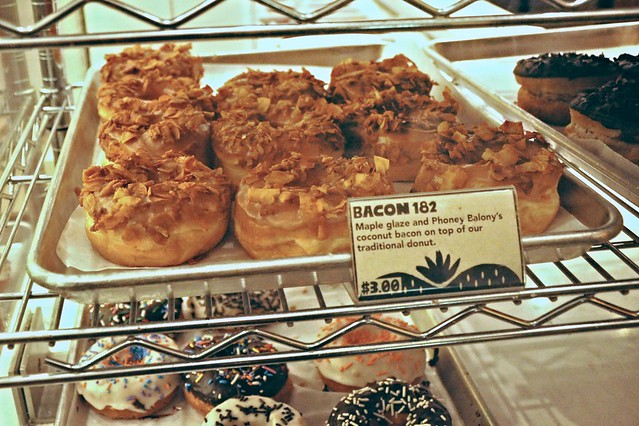 Along with DIY donuts with stuff like gluten-free or vegan donut, their signature band-themed donuts like the first one I tried and loved, palate-tickling Jets to Basil (a take from Jets to Brazil), with cream cheese, strawberry jam and fresh basil, and topped with vanilla glaze and balsamic reduction. are the stars of the festival. 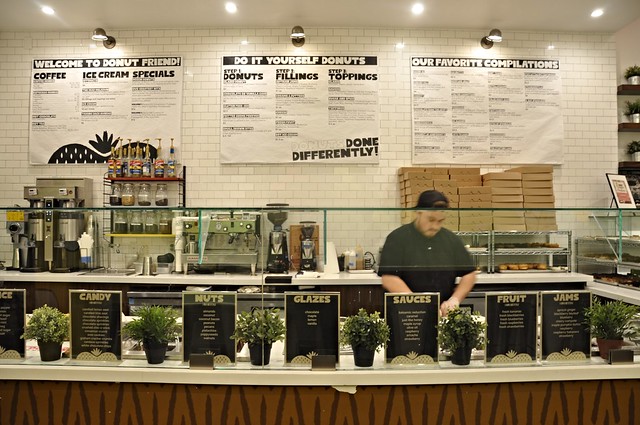 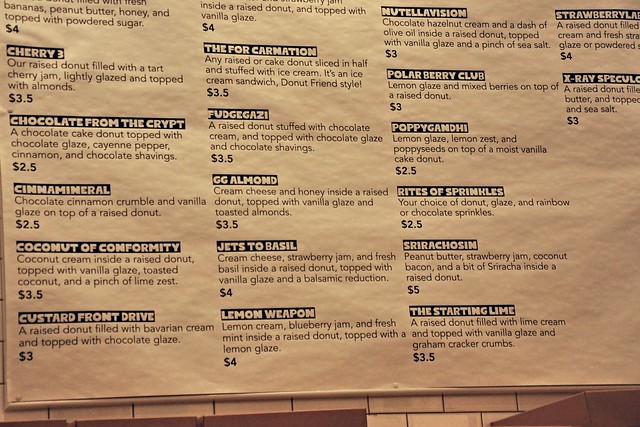 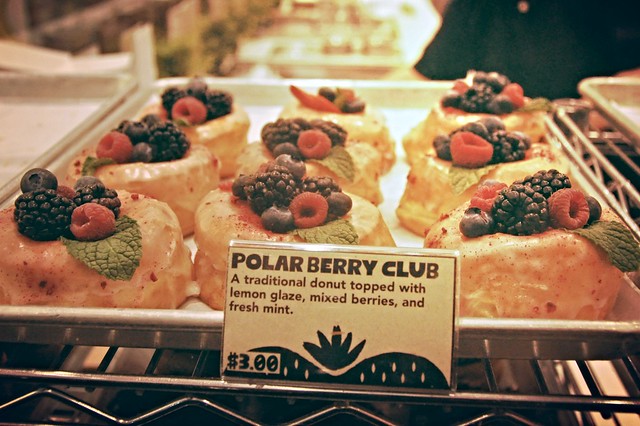 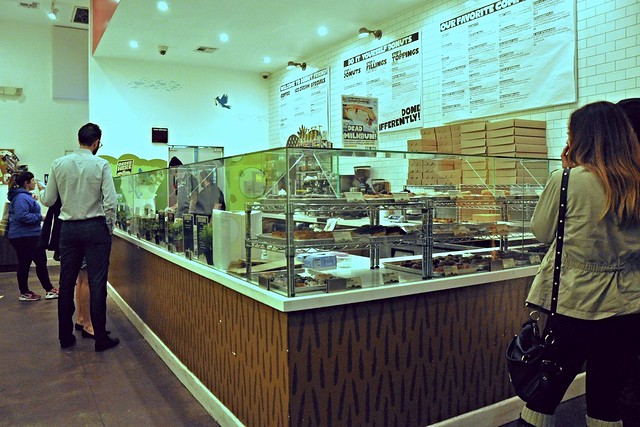 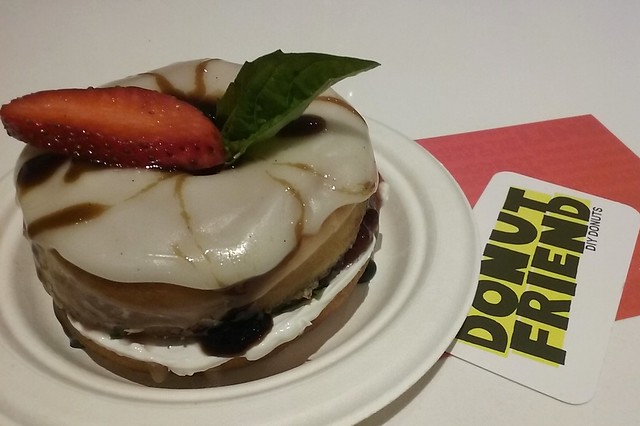 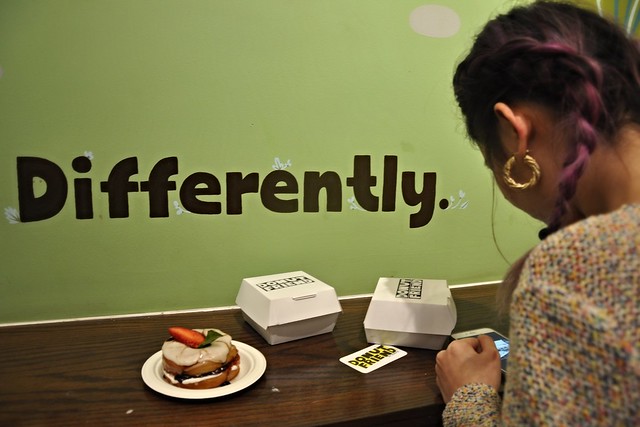 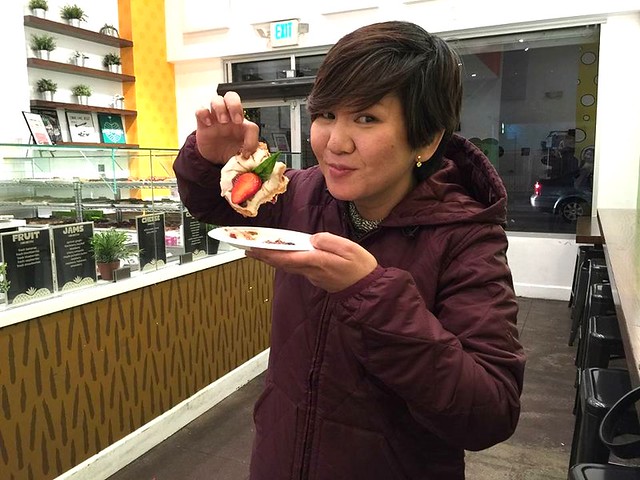 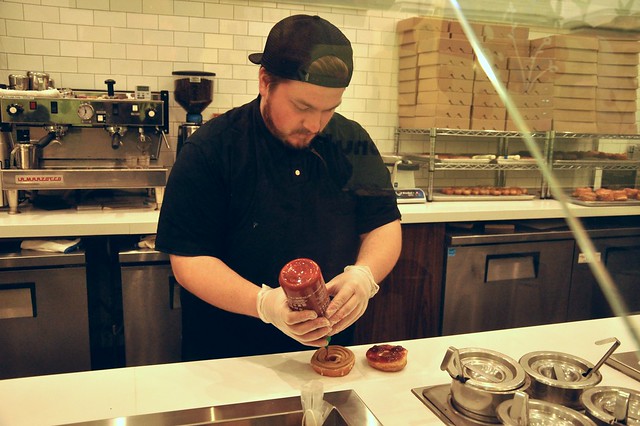 I ordered my second donut, a Srirachosin with peanut butter, strawberry jam and coconut bacon, and topped with what else but Sriracha sauce. The shocker was that for the first time in America, a legitimate order was on the house. Ericke and I were joking that the angel behind the counter must have sensed we were on a budget. Truly and deeply from the bottom of my heart, and not BlauEarth’s heart, thank you Donut Friend for this robust donut that reminds me so much of the spicy fried peanuts we have back home in the Philippines. The coconut undertone was the icing on this cake. 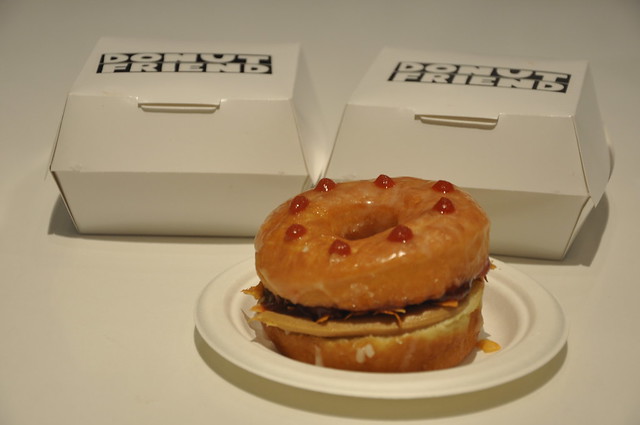 Writing this, I’m thinking of going back to 90042 to order a donut birthday cake for someone so loved.