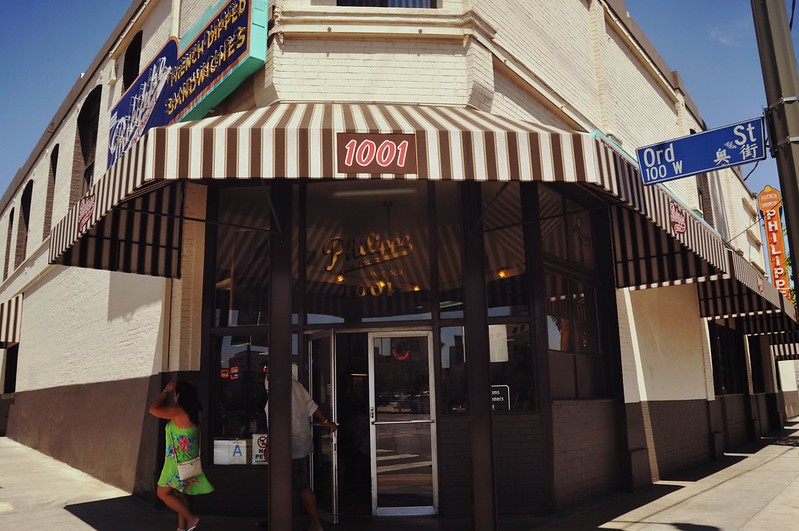 Indigenous to Los Angeles, French dipped sandwiches were invented by accident, claims Philippe, one of the oldest and best known restaurants in Southern California. It was established in 1908 by Philippe Mathieu, who was of French descent. The story of the sandwich served au jus is that “while making a sandwich, Mathieu inadvertently dropped the sliced french roll into the roasting pan filled with juice still hot from the oven. The patron, a policeman, said he would take the sandwich anyway and returned the next day with some friends asking for more dipped sandwiches.” 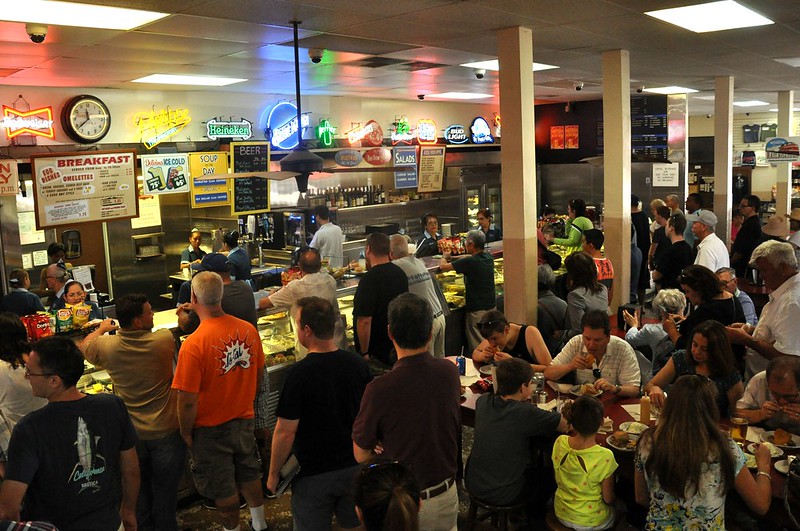 One can choose from either roast beef, roast pork, leg of lamb, turkey or ham served on a lightly textured, freshly baked French roll which has been dipped in the natural gravy of the roasts. Swiss, Cheddar, American, Monterey Jack or blue cheese may be added. Sides can be chosen from tart, tangy cole slaw, homemade potato and macaroni salads, hard boiled eggs pickled in beet juice and spices, large Kosher style, sour dill or sweet pickles, black olives and hot yellow chili peppers. 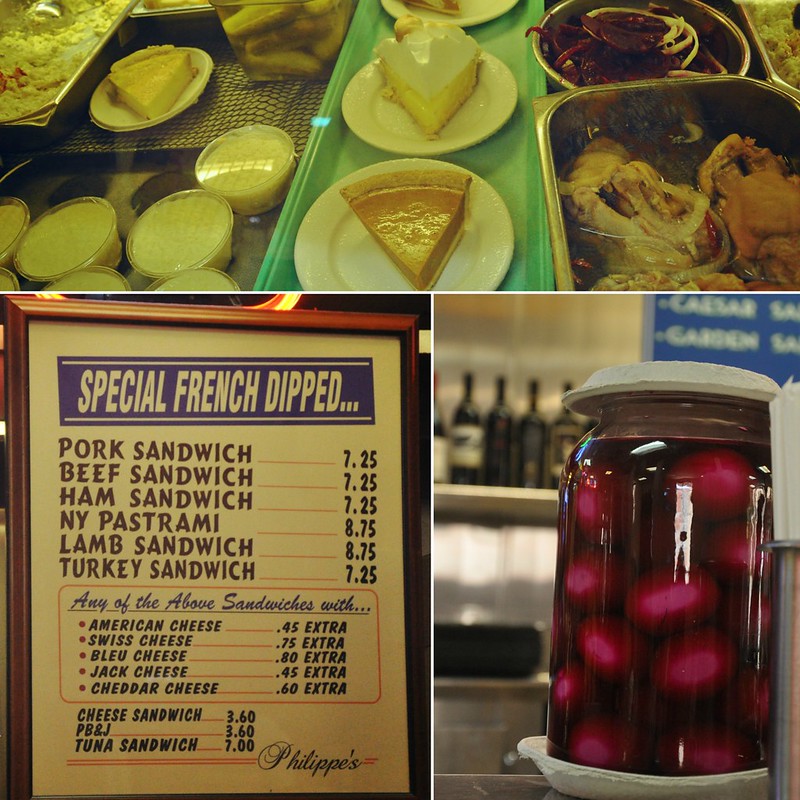 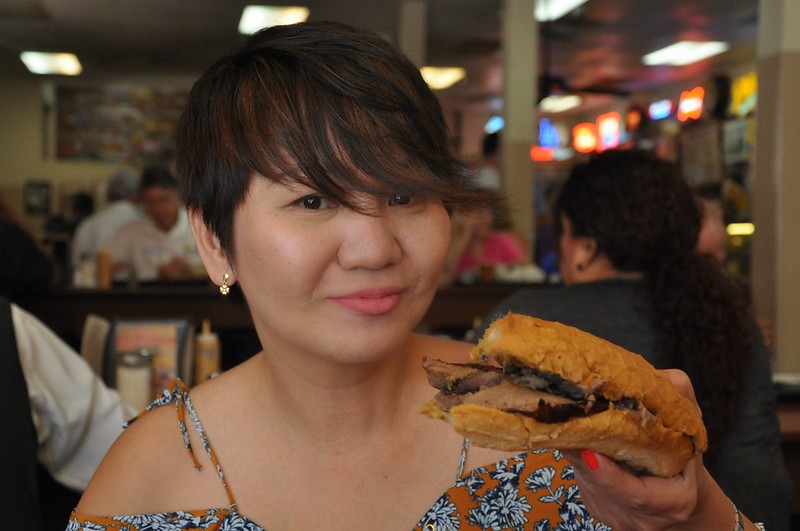 Ate my leg of lamb with Philippe’s signature French mustard. Double is the more popular dip, but I had a single dip, and I liked it ‘coz you still get to enjoy the crisp texture of the baguette while the inner sides are moist with meat juice. The coleslaw had a hint of vinegar. 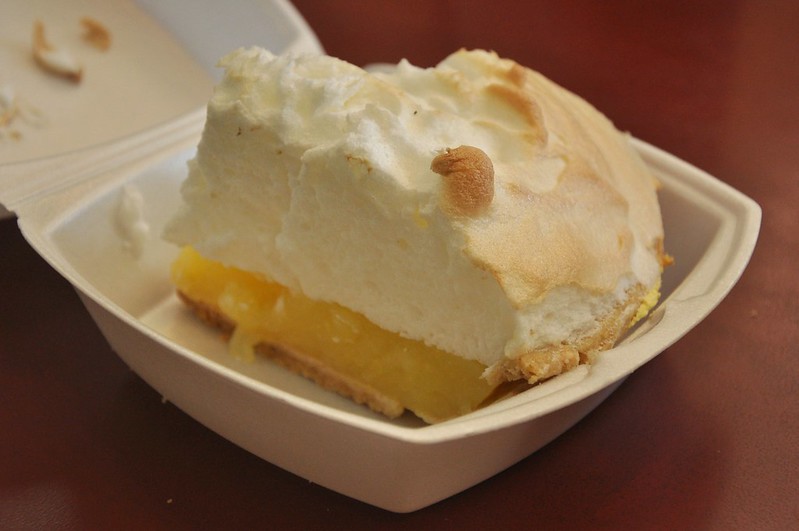 All the desserts looked good. Lemon meringue was just too perfect. Even the lemonade was fresh and nice compared to other lemonades I’ve had recently.

Ambiance is old classic. Sawdust is left on the floor, giving the downtown LA eating establishment much character.