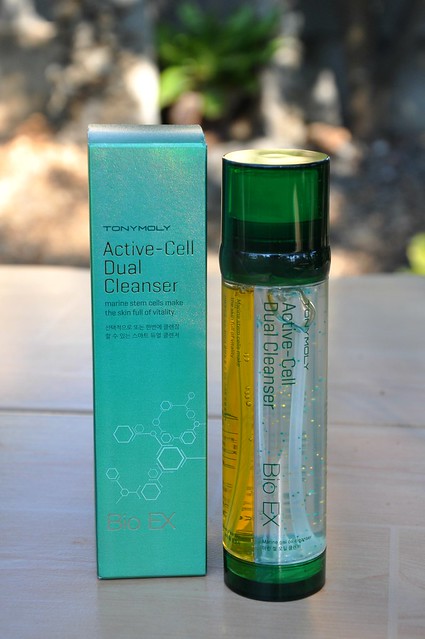 What’s new in my bathroom real estate? A sleek, space-saving two-in-one facial cleansing system from TonyMoly again (hahah, this is not a sponsored post). 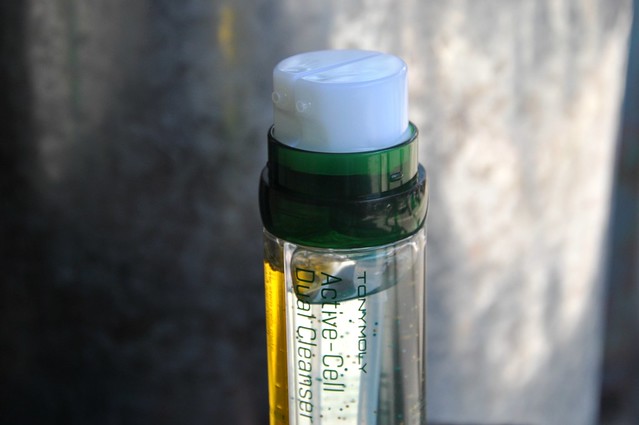 An SA showed me the Bio EX Active-Cell Dual Cleanser while browsing through the shelves for a facial wash. It contains Marine Gel Oil Cleanser (supposedly with freeze-dried marine stem cells) and Green Tea Foam Cleanser. Though I’m aware oil dissolves oil, I never considered using a cleansing oil before since I did suffer from acne flareups. I rarely breakout anymore, but my skin has become bipolar, sometimes oily and sometimes dry and rashy in some parts. I love the idea of putting together a grime and makeup remover and a soothing cleanser into one packaging, I think it’s innovative. 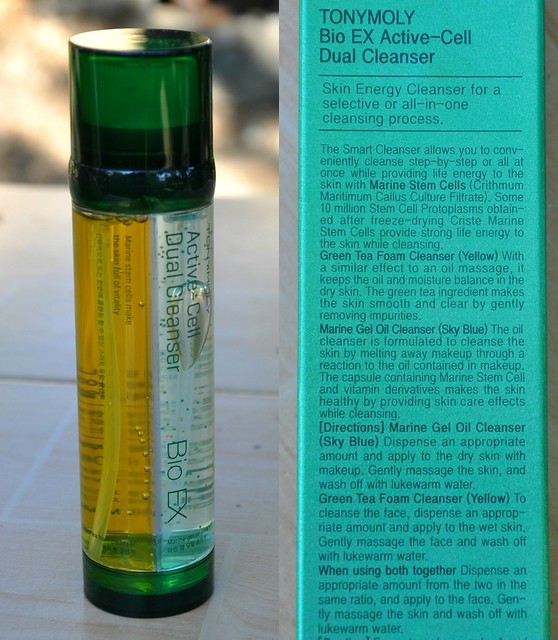 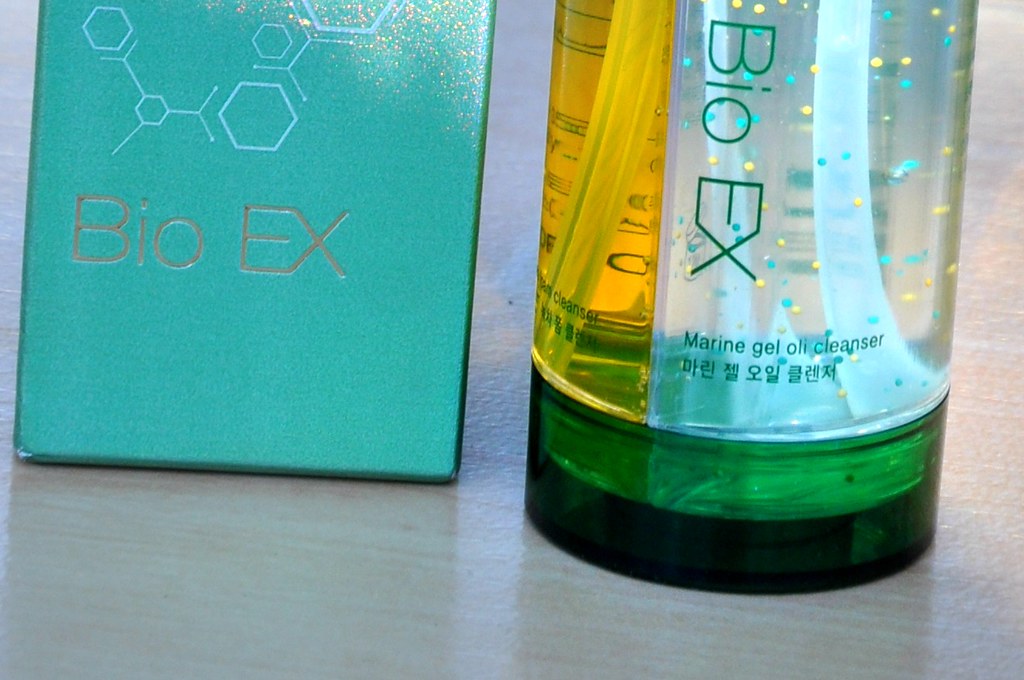 The two cleansers can be used one at a time or used together at the same time. For 5 consecutive days, I tried using the two together, then tried them one by one. With the gel oil cleanser, makeup is easily removed, but I’m not hot about its slippery texture, so I follow it up with the foam cleanser, like double cleansing. I wonder if  I’m washing away the plant stem cells that are supposed to revitalize the skin? Stem cells of criste marine, known to be an eternal plant, is the highpoint of this product, besides milk lipids that mimic body water. It also doesn’t contain parabens nor mineral oil.

So far my skin is visibly plumper and quite rosier. It also feels soft. The patchy parts haven’t reappeared yet, which might mean they are gentle on my skin. I have to try it longer, however, to be able to say it’s really working for me.