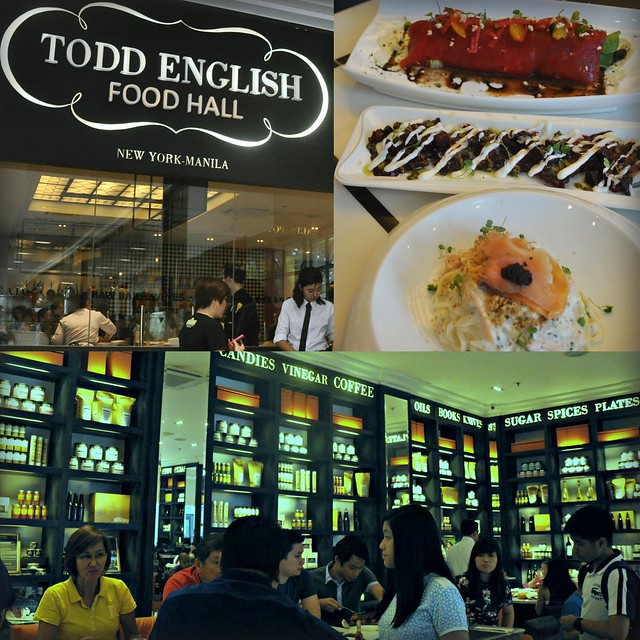 If Brandon and I are eating out, we both have to agree on the choice. Location comes second. And because I also invited Chin, her say counts as well.

Todd English Food Hall has been around for a year in Manila. Rock star chef Todd English and son Oliver, and seasoned Filipino restaurateur Ricky Dee and son Eric set up the Todd English Food Hall Manila at the SM Aura Premier. Well, I haven’t been to New York, but the Manila Todd English Food Hall traces its roots to The Plaza hotel. Both the New York and Manila spots were framed by well-known architects, Jeffrey Beers and Ivy Almario respectively. The ambiance is upscale, but not in an intimidating way. The vibe is youngish if you were to ask me. It is perfect for families, dates and intimate functions. The menu is very diverse likewise. Themed food stations add to the decidedly current makeup. 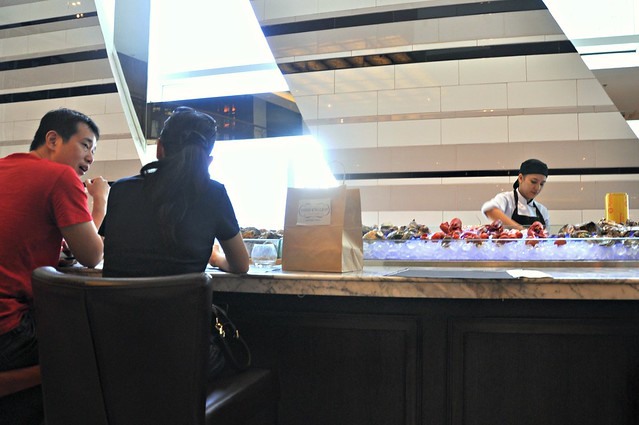 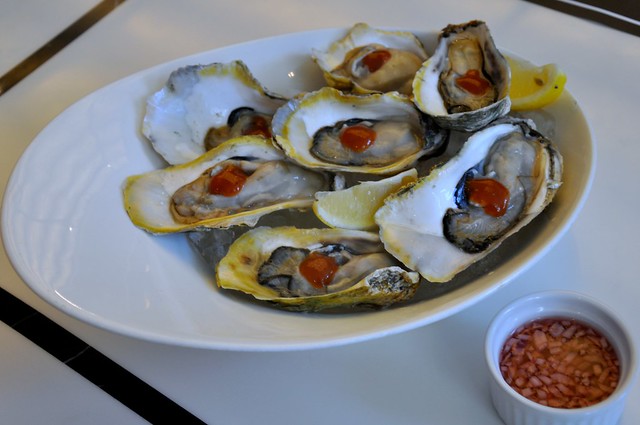 My first pick, a duck confit dish, was not available, so we agreed to eat light, like just appetizers, and go on with our food adventure at other restaurants in SM Aura. From the Raw Bar, 40 PHP per oyster in a half shell is steep if you’re imagining an oyster fiesta. Notably, however, prices are generally modest (about 600-1200 PHP per person for a good sized meal). Going back to the oysters, they were spiced with a hint of Tabasco, perfectly succulent and sweet with just a squeeze of lemon (forget the vinegar dip!). 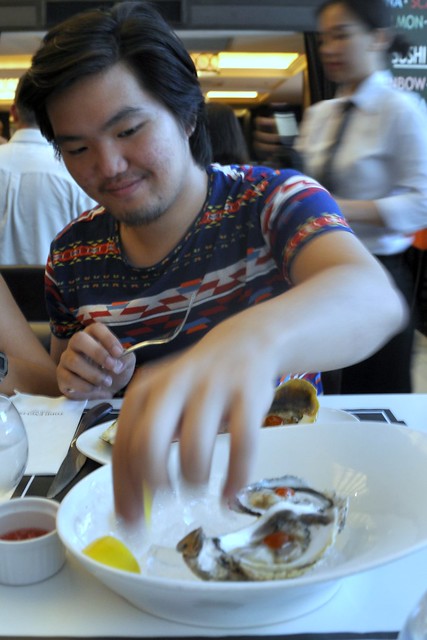 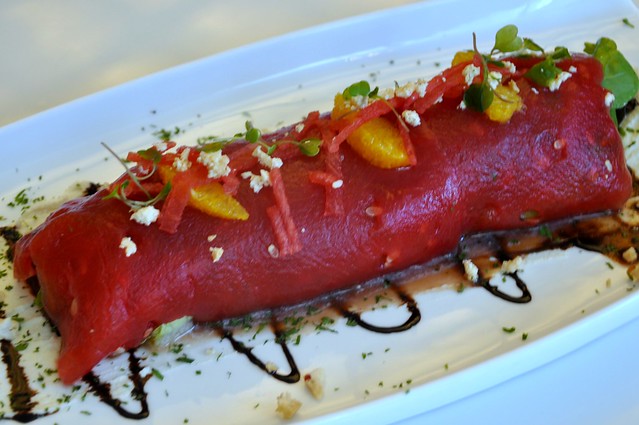 We’ve heard enough about deconstructed creations. There’s also compressed, like the salad, which was wrapped in a slender slice of watermelon. So much roughage in this, you’ll discover arugula, besides the orange wedges. I like the combination, actually, even if Brandon says it’s on the bitter side. I got a tiny piece of seared foie gras (from the list of add-ons) just to tease the palate (we divided it into 3, btw). Between the two pastas we had — smoked salmon and caviar spaghetti, and goat cheese ravioli —  it’s the ravioli saturated in beet that gets high points. It’s an unexpected weave of different subtle farmy flavors. True to form, the Todd English cuisine is in a good position between rustic and gourmet, and simple and mosaic. 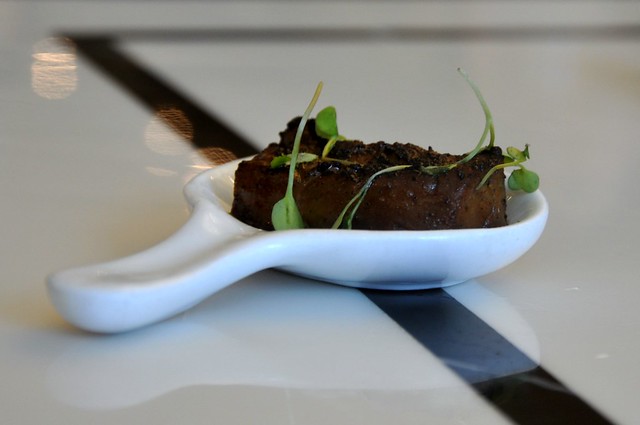 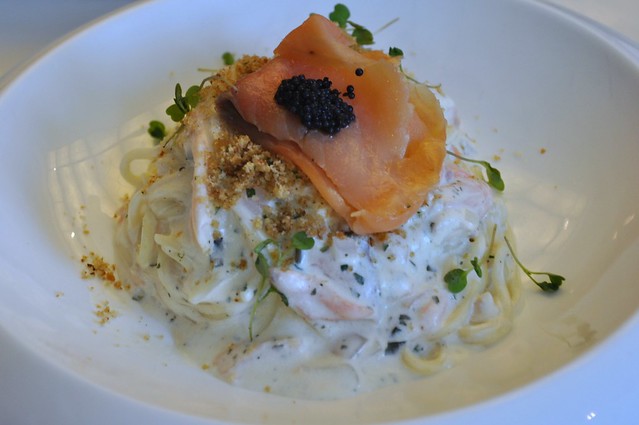 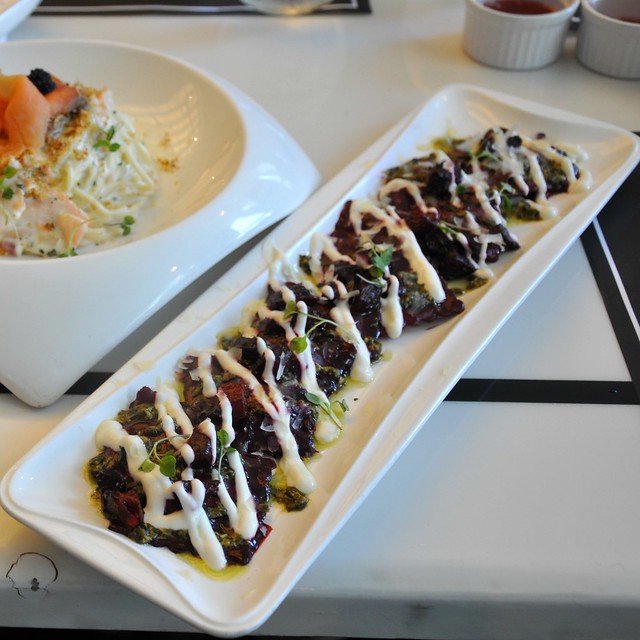 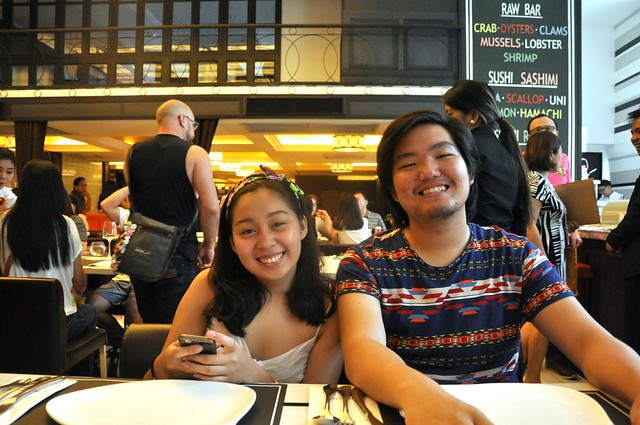 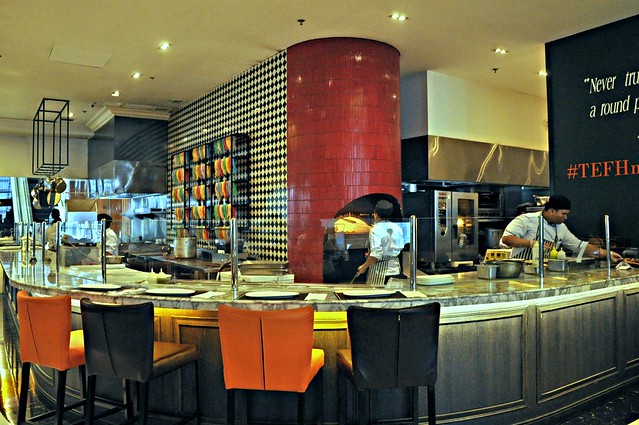 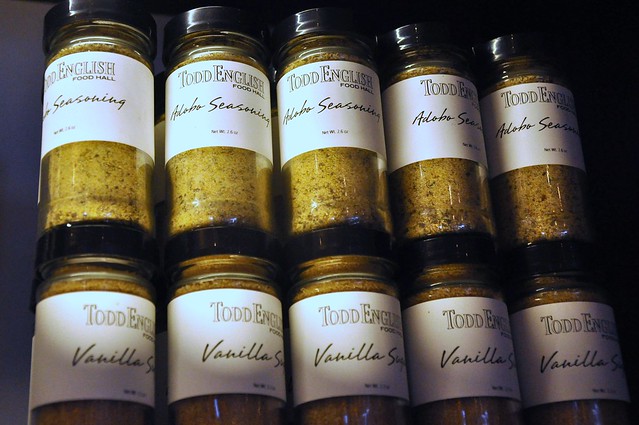 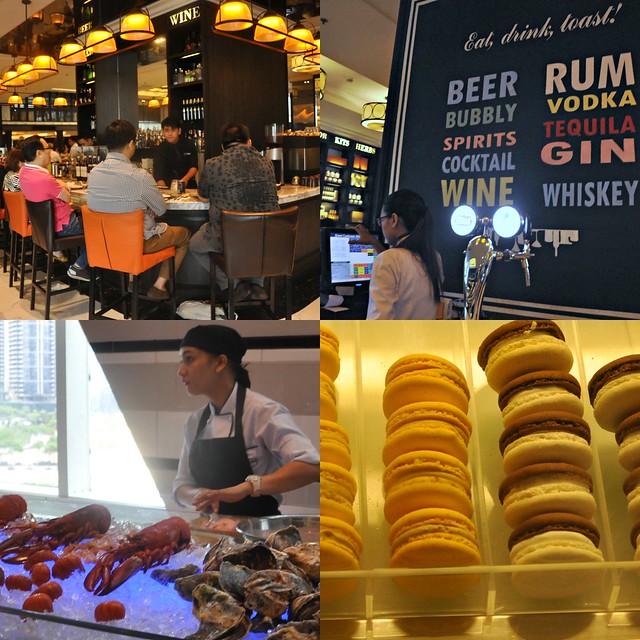 Service was pleasurable. Though the place was full, I asked if we could be seated at a well-lighted table, and they moved us to the next available spot. Staff were also helpful with queries.

The chocolate lava cake was inviting , but we had other plans for dessert. 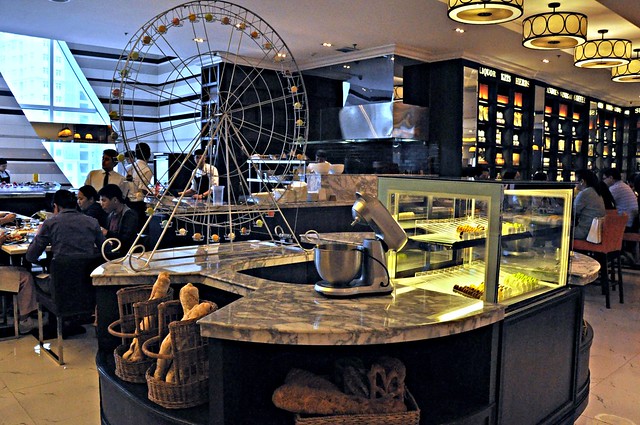 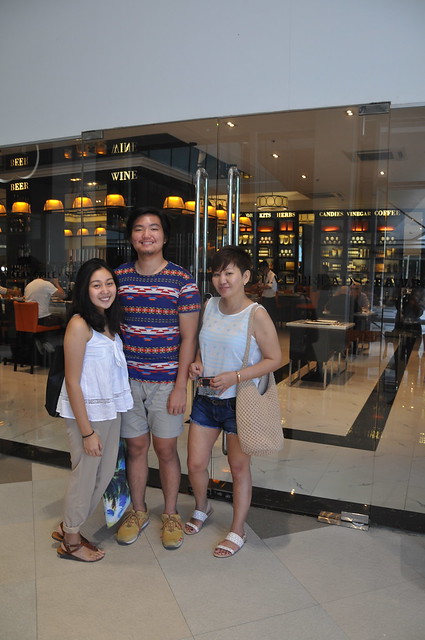