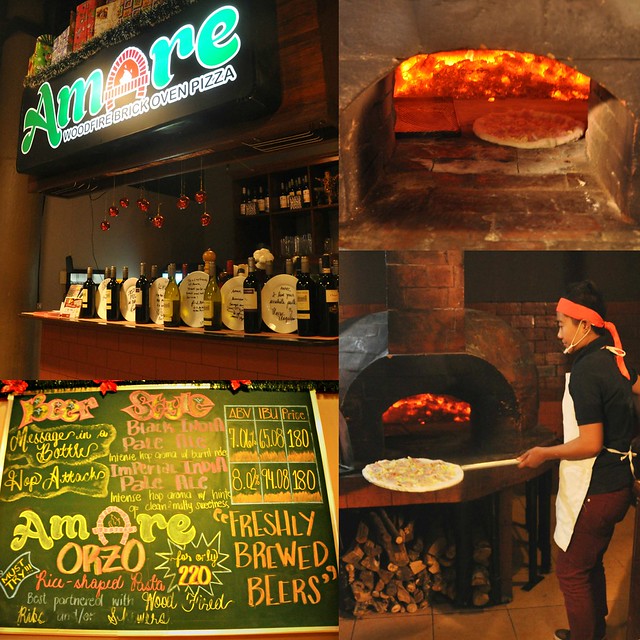 While talking to restaurateur Sam Blas the other day, it dawned on me that I haven’t really given Amare la Cucina a fitting tribute it so deserves. I was with the FoodPrints team in Baguio when they shot Chef Sandy and Ali with the owner and staff of Amare tossing pizza dough. A great pizza starts with its crust; I had a pizza overload, I forgot the names of all the pizzas that came fresh from their custom brick oven. Because of its novelty, perhaps, it was the pâtê pizza drizzled with truffle oil that crowned my Amare experience. It could have been too rich and cloying (in the mind), but it was a pizza that you’d want to have again and again. And it’s not that expensive like the name implies (it is around 600 for the pizza size in the pics). It came by accident, friends insisted that they include it in the menu, according to the young owner Edmark Lester Bustos. We also had ribs and frutti di mare. 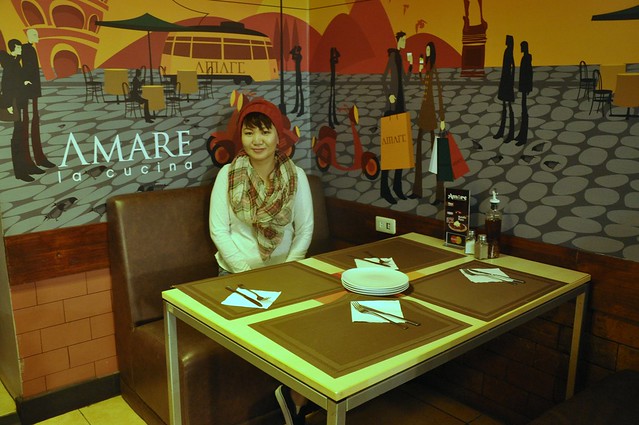 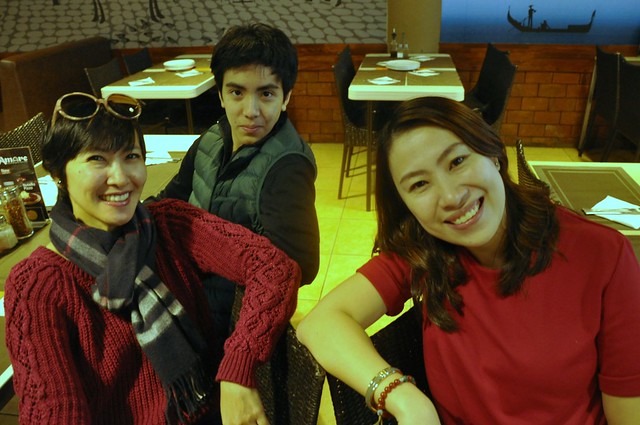 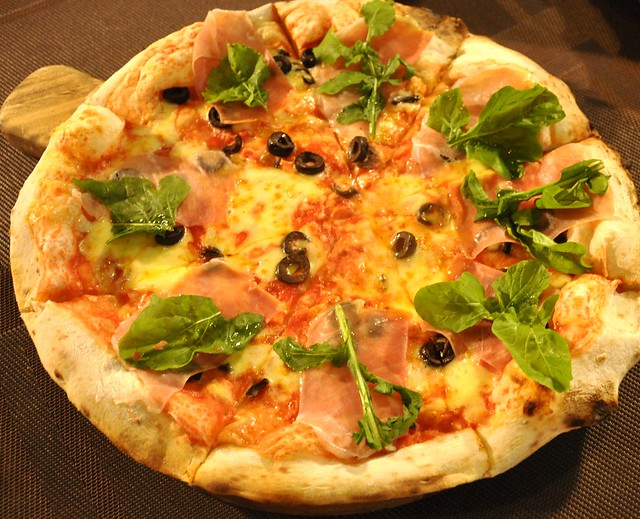 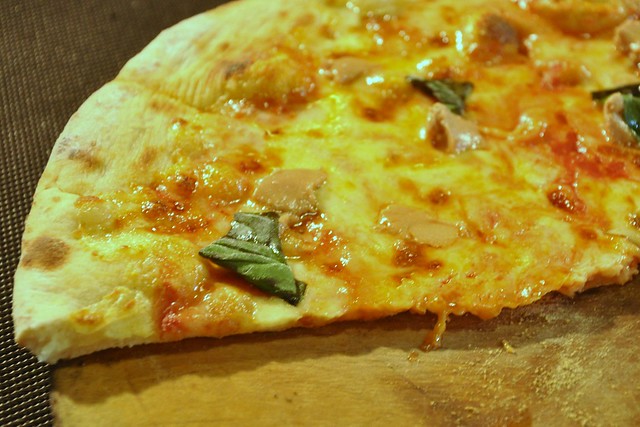 The pâtê with truffle oil pizza.

You can have craft beer specially bottled by the Baguio Craft Brewery, another interesting place to hit when in Baguio.

Located inside Albergo Hotel, between the touristy Mansion House and Mines View Park, Amare is quite spacious. I definitely recommend the restaurant to the hearty eaters. 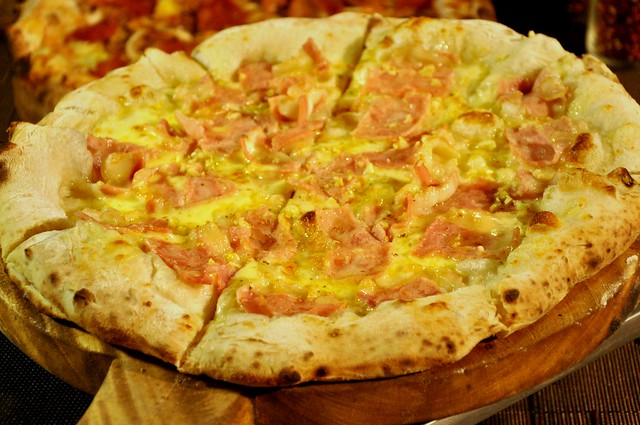 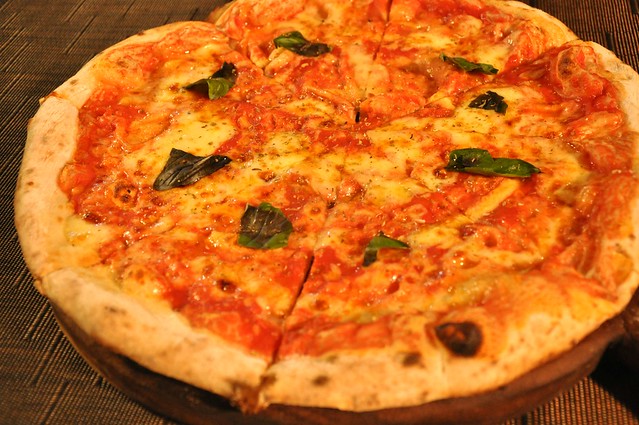 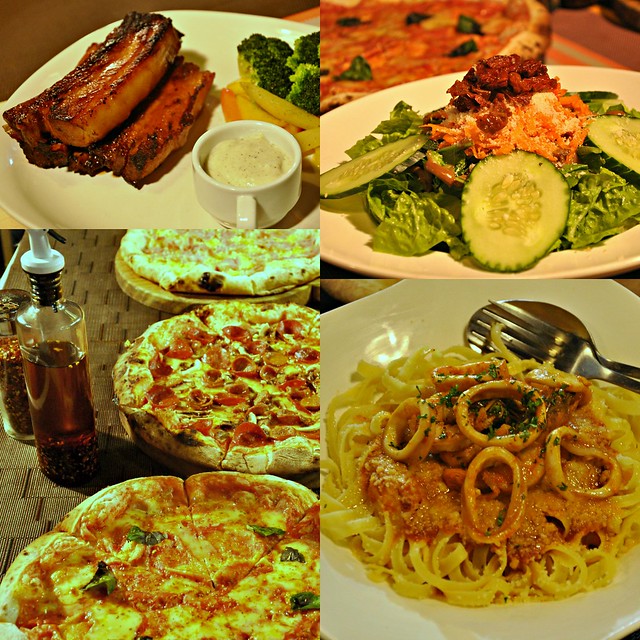 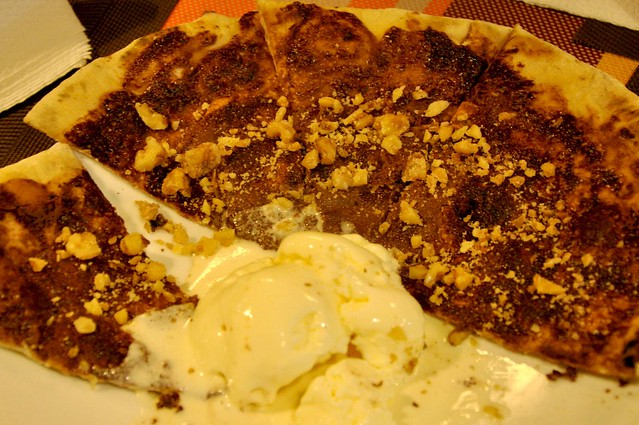 Nutella pizza that I failed to try.