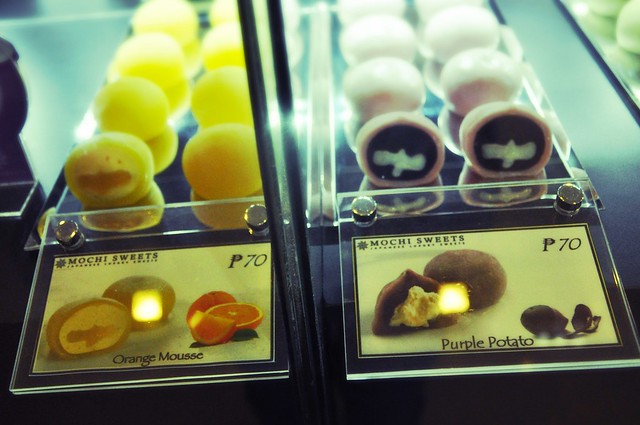 My cousin Dimples bought me my first mochi balls at Little Tokyo in downtown Los Angeles. I think it was azuki (red bean) and ginger that had me into it for sometime. In the Philippines, the closest thing to mochi, back then, was the mongo cream-filled glutinous rice cake rolls at Chinese deli bakeries such as Salazar. Lately, these traditional Japanese new year sweets have been made available and they come in various flavors and forms, like there’s also mochi ice cream. Mochi to the Japanese is like tikoy is to the Chinese. 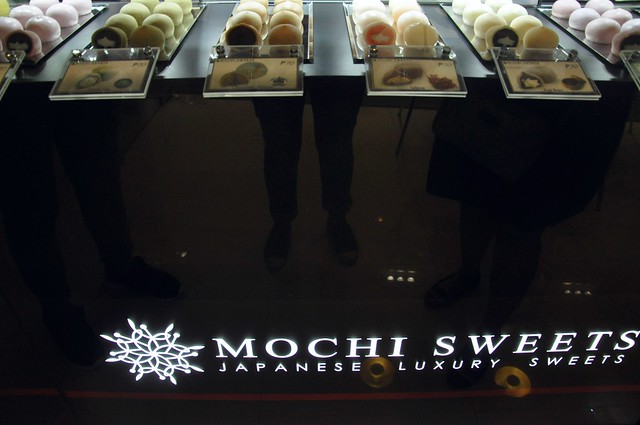 At SM Aura, my eyes zeroed in on the the sleek counter with striking snowflakes.

Seventy pesos a pop is pretty pricey, but since they are branded as luxury sweets, perhaps the price is no different from say the price of a macaron. Incidentally, I saw a big-cookie-size  mac at another store and it was priced at P220. 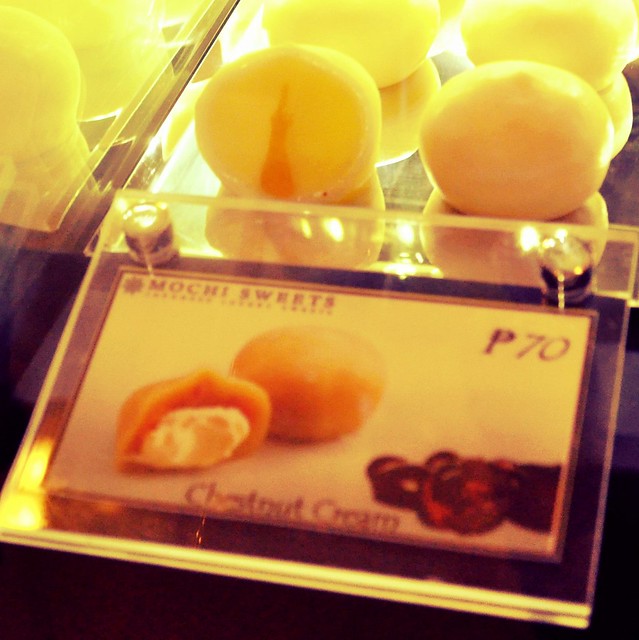 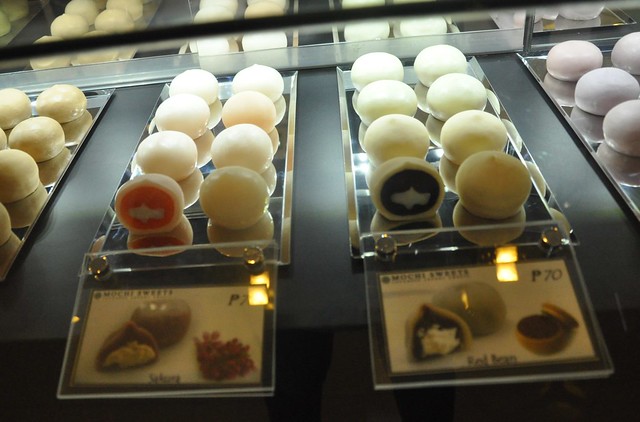 The lady manning the store forewarned us that their mochi balls are typically frozen — the filling is made with mousse and cream that’s why, so it takes a little time to thaw. She offered the bestselling traditional flavors such as green tea, red bean and sakura. We chose 5 kinds for the three of us, but I got one more to fill out a 6-pack. Anyway, Brandon had green tea, Alma had red bean, and for me — ‘coz I didn’t want a Magnum, I brought home the box with durian, sakura, orange mousse and honey lemon cream.

Out of the four flavors, I loved durian and the not wildly sweet lemon cream. The melting textures were wonderful.

There are other intriguing flavors such as chestnut (castañas) cream, black sesame, and contemporary caramel macchiato, mango yogurt and black chocolate for all year round mochi delectation. 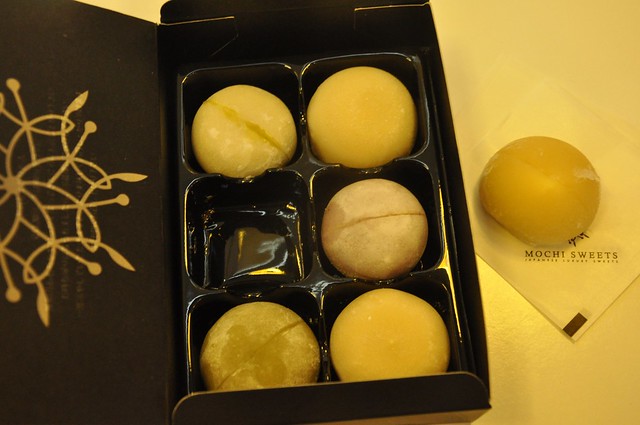 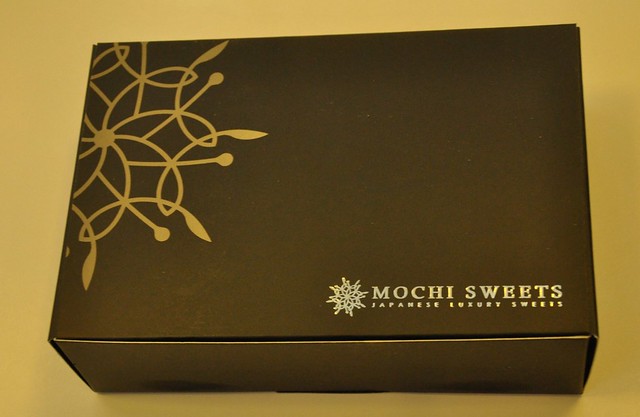 Mochi Sweets are available in other Asian countries. In Manila at bigger SM Malls, Robinsons Galleria and Eastwood Mall.