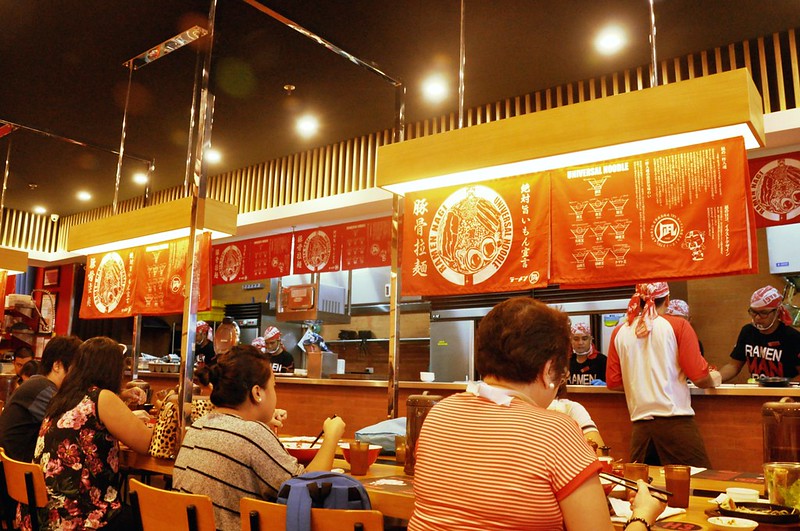 Forever the noodle kid, Reny spotted the 2 week-old Ramen Nagi branch at Robinsons Magnolia. Before Ramen Nagi’s arrival in Manila last year, local food bloggers have been raving about its HongKong counterpart, Butao Ramen, already. Ramen Nagi, however, originated in Shinjuku, Golden-Gai, and is one of the most popular ramen shops in Japan.

The huge posters wave, but when you see the price, you probably would think twice. Price doesn’t matter, though, if you are getting what you pay for. 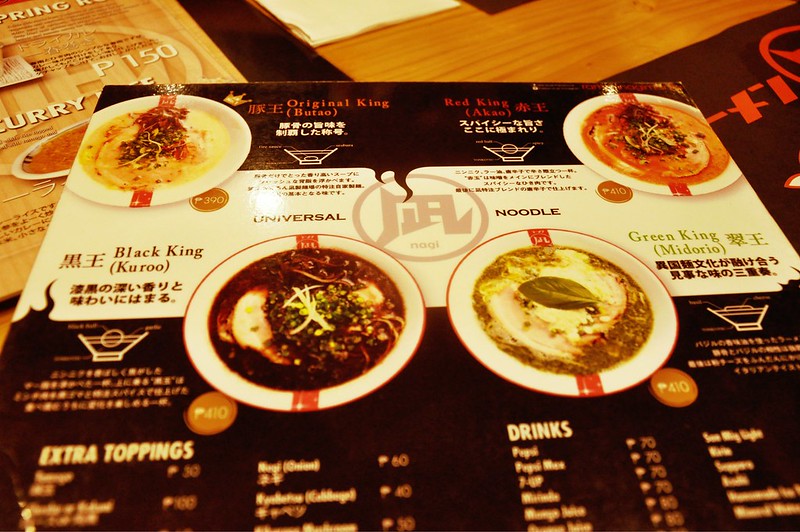 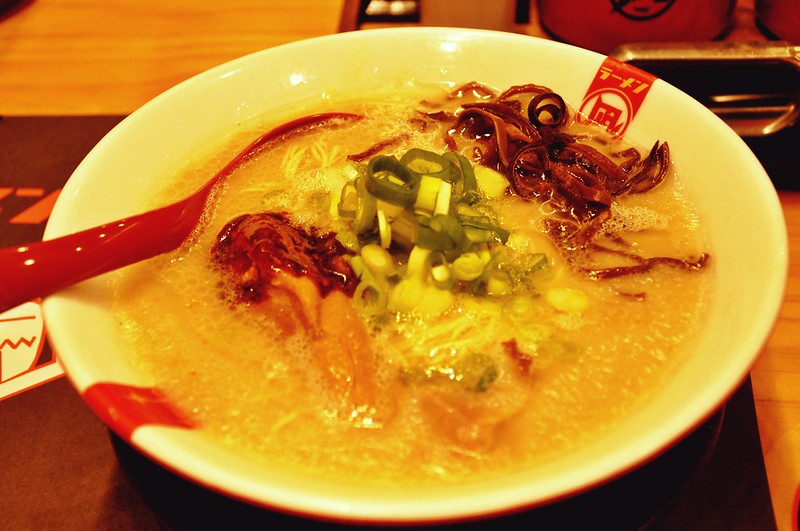 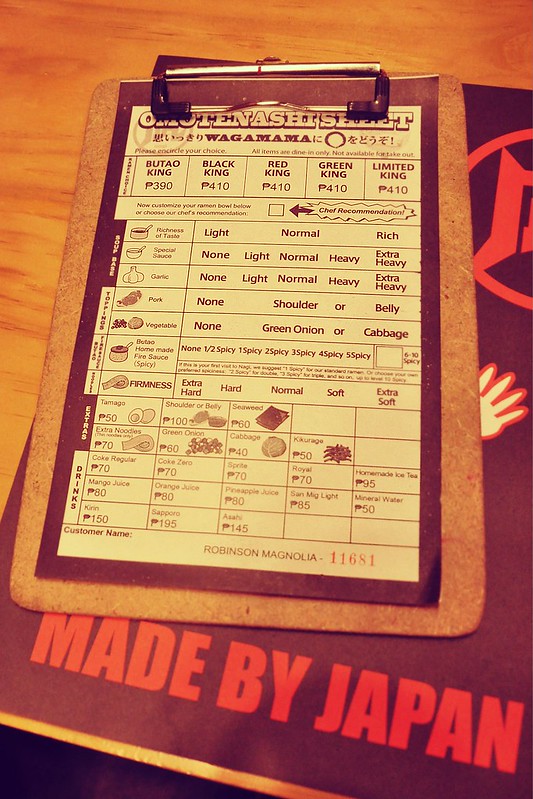 No one would share with me the Black King gushing in squid ink. So we ordered an Original King (Butao) and a Green King (Midorio), spiced up with fresh basil, olive oil and Parmesan, which is reasonably Italian in nature, yet still very Japanese to the last sip.

You are able to customize your order with the soup’s richness, the noodles’ firmness, the level of firesauce and garlic, and if you want pork shoulder or belly. We checkmarked mostly normal (the chef’s recommendation), but settled for rich taste, with belly and onions. The soup base is so appetizing. It is said to be made with dried fish, so you will notice something like the Chinese sate grit that settles into the bottom of your shabu-shubu pot. Additional meat, tamago (egg), nori (seaweed) and other extras are priced separately. They also have a Limited King with mabotofu.

If you’re a ramen lover, Ramen Nagi will be a daring departure from the usual. Highly recommended for the adventurous foodie. Oh, and before I forget, the noodles are the right size and firmness, and quite generous.

The place was full, but service was attentive and quick. The Black King still seduces me to no end. Hurting. 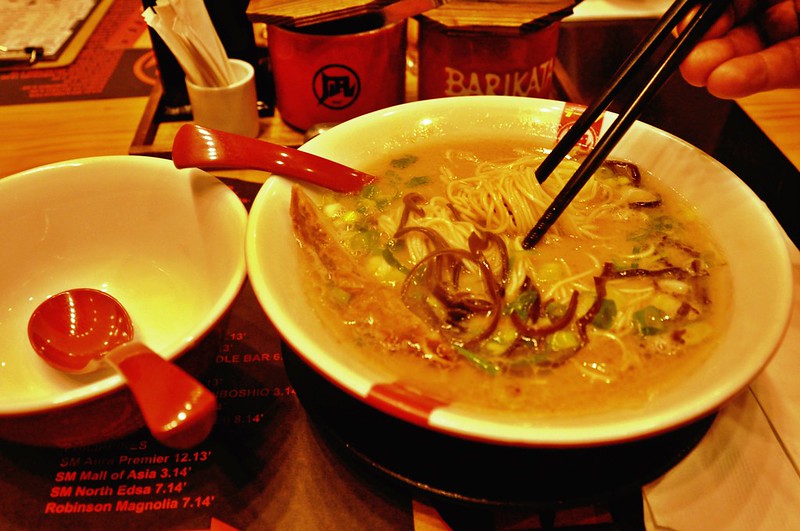 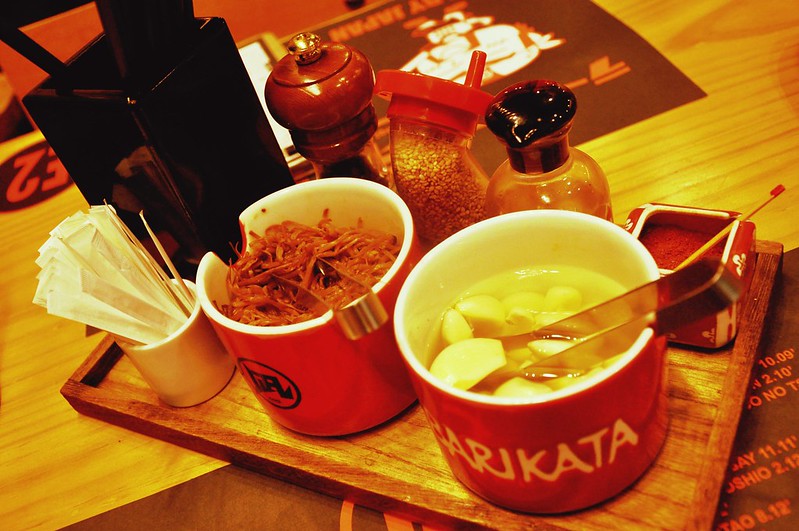 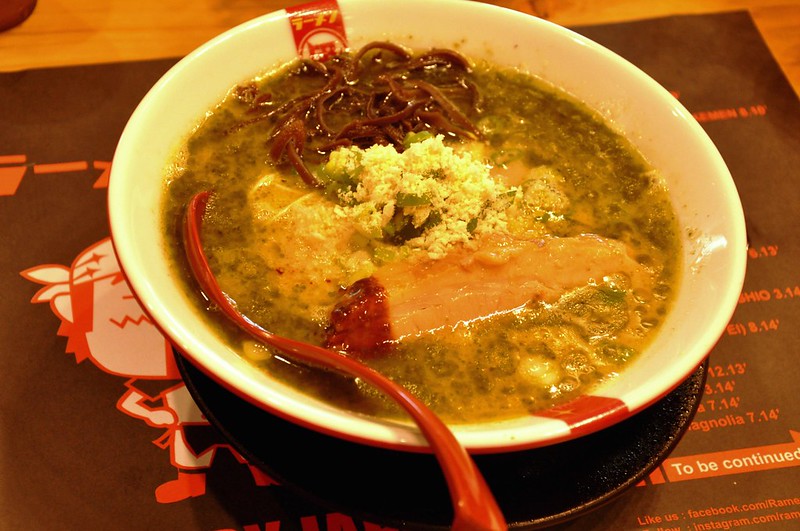 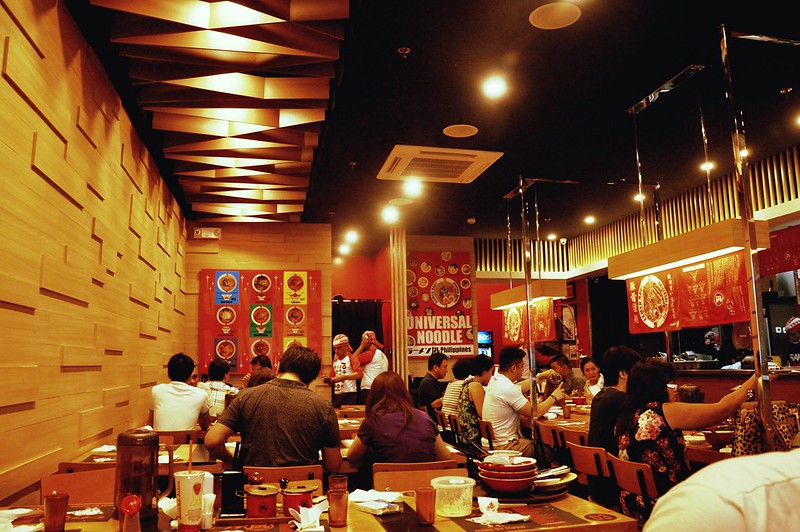