The island-province of Palawan has an amazing biodiversity of flora, fauna and ecosystems. Some of the most important forests in Asia are in Palawan, an ecoregion that is more intact than any other in the Philippines. In fact, the entire Palawan was declared a Fauna and Flora Watershed Reserve.

165 species of birds, 30 species of mammals (among them the long-tailed macaque), 19 species of reptiles, 9 species of bats, two species of swiftlets and whip spider, seacow (dugong) and hawksbill sea turtle have been recorded in the park.

It is the City Government of Puerto Princesa that manages the 5,349-hectare park. They see to it that tourism development is not a threat to its socio-cultural integrity as well as biodiversity preservation and conservation.

Our tour group included newlywed couple Cambodian Delice and Vietnamese Billy, who met on the web.

Also known as the St. Paul Underground River, the Puerto Princesa Subterranean River National Park was listed by UNESCO as a World Heritage Site. It is one of the 28 finalists in the ongoing “New Seven Wonders of Nature” competition.

Abet, our guide, premonished us to keep our mouths shut while appreciating the stalactites and stalagmites inside the cave. Guano (bat pee and poop) is far and away more icky than a teredo (tamilok). 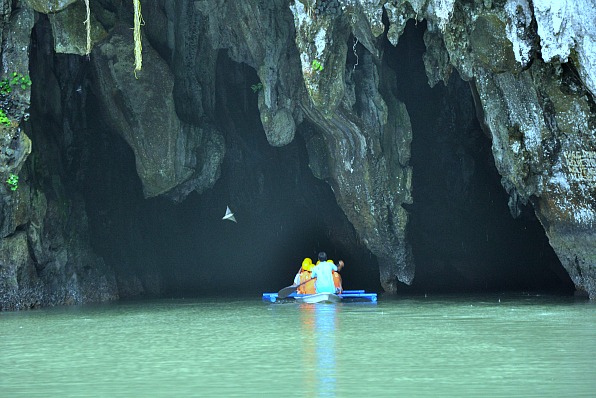 I had mixed feelings as we entered the cave. I was imagining scenes from Sanctum. What if we get trapped? I dreaded the thought… but the Indiana Jones in me prevailed.

The underground river is navigable up to 8.2 kilometers. A natural entertainer, the boatman was a terrific guide. He kept us relaxed while we gawked at the magnificent formations. 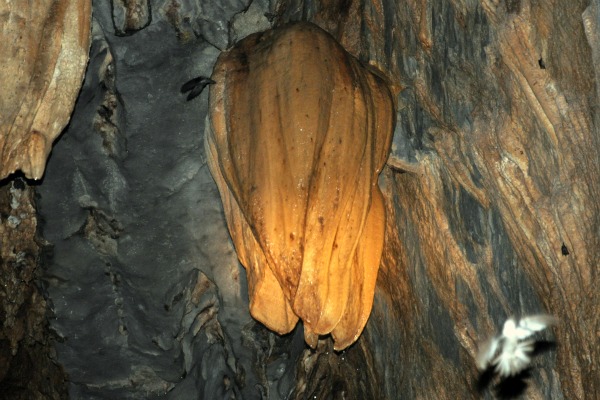 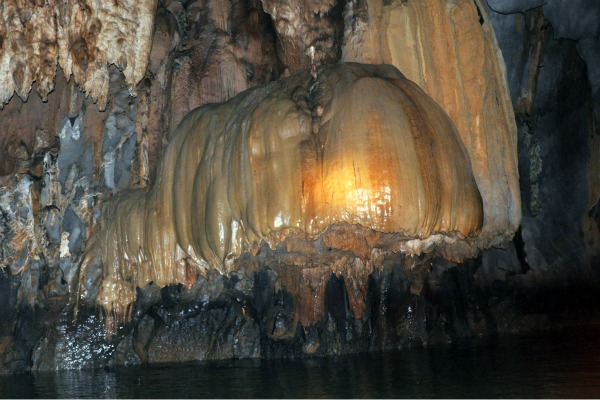 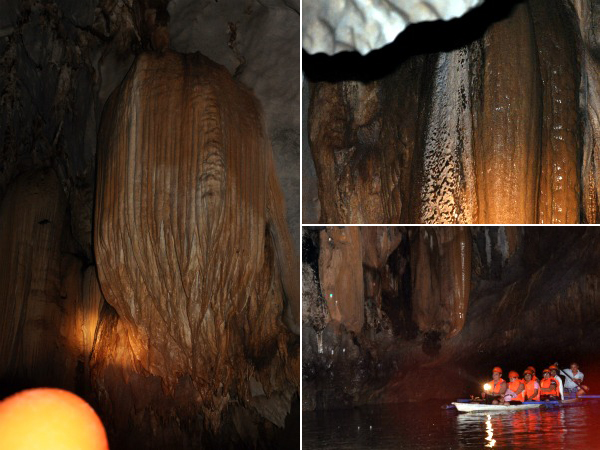 light at the end of the tunnel...

The view of the the karst cliffs fringing the waters is just breathtaking. I say it with pride — the Philippines is incredibly beautiful! 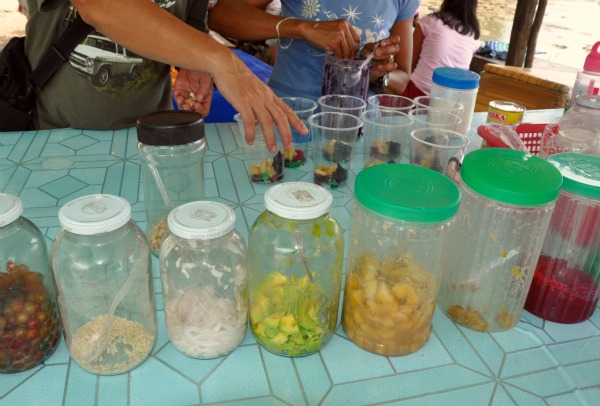 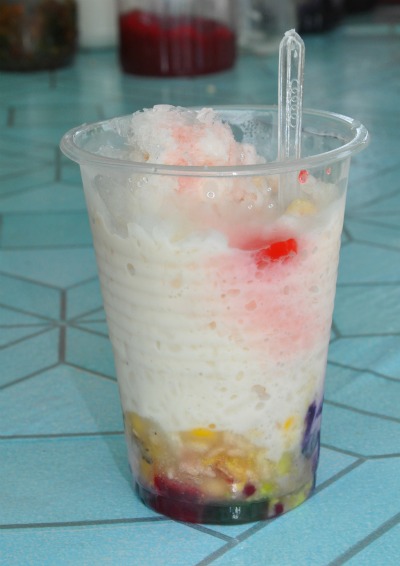