After I blogged about Max’s yummy pancit Malabon,  Eugene told me about Kalsada, a (not so) new pancit Malabon place within Laoag’s restaurant district. I actually also heard about the place though friends, but no one among them has ever mentioned that pancit Malabon is one of the specialties. All along I thought it was just another watering hole. Not that I avoid such places, but I’m more interested in food that goes the beyond the alcohol and beer.

I decided to go try the pancit Malabon with the squad even though I had only 500 pesos in my wallet. That’s how poor a blogger I really am. I was thinking, the food maybe budgetable sans drinks.

Kalsada is right behind La Preciosa, the touristy restaurant. In the Ilocano language kalsada means street. The relaxed and comfy atmosphere is a welcome relief.  We ordered straight from the menu. The entries are varied, mostly grilled food. Assorted seafood platter is popular, says the attendant. I got attracted to the seafood paella. We also ordered a single serving of pancit Malabon. It didn’t take long before the food arrived. I was expecting it would take a little longer since we were having paella. 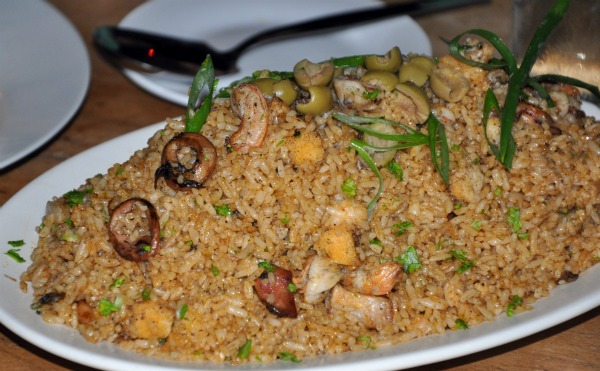 The pancit Malabon is regular. The noodles were a bit overdone. Perhaps, they could improve it more. As to the seafood paella, I was expecting saffron in it, like a Spanish paella. It had spices and green olives, but it tasted more like Middle Eastern or Indian. It was tasty, though. If I were to rate it between 1 and 5. I’d give it a 3.

Martine treated us to coffee after the dinner. At Frontrow. 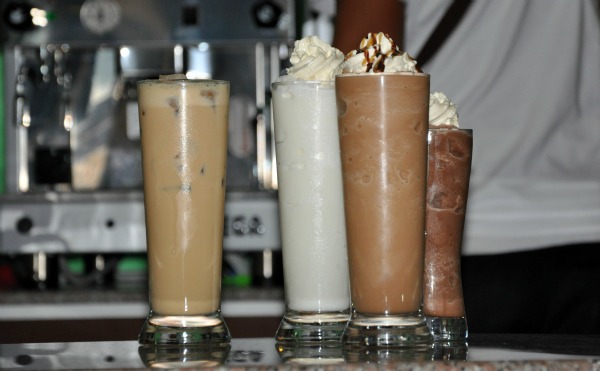 It has to be Frontrow for coffee.

Kalsada Seafood Bar and Restaurant (at the back of La Preciosa Fine Dining) Brgy. 6 Laoag City Tel No: 772-2892

One thought on “Food adventure at Kalsada”