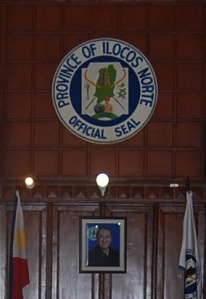 If former president Ferdinand Marcos were still alive, Ilocos Norte would not be divided like it is today.  The political bickering got even worse. I wrote in my favorite April 5, 2009 post , Ilocos Norte From A to Z:

Y The yardstick against which all new leaders in the province are measured since the late President Marcos remains to be him — the Apo. He was brilliant and left the nation with many accomplishments including the thousands of laws he has written that are still in force and in effect. During his time, the province was solid with no political bickering at all.

As of now, I haven’t decided on who to vote for Governor. It would be a breeze if I live in the 2nd district of Ilocos Norte, where Imee Marcos, daughter of the late Apo, was  former representative, but I live in Laoag which is covered by the 1st district. I only read about her in the news. She is running against reelectionist governor Michael Marcos Keon, son of the late former Ilocos Norte governor Elizabeth Marcos Keon, sister of Imee’s father.

Even the other Marcos cousins, Mariano “Nonong” Marcos II and Angelo Marcos Barba, are running under opposing tickets. Nonong, a reelectionist board member, is under Imee’s ticket, while incumbent board member Angelo is running for Vice Governor under Keon’s ticket. 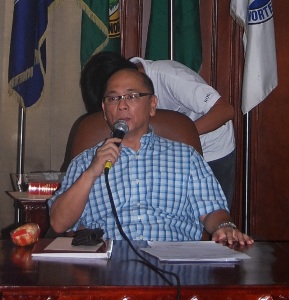 Ilocos Norte has a voting population of about 348,000. It’s small; in Laoag alone, halos magkakakilala ang mga pamilya. This time around, much like sa positions of President, VP and Senator, tantiyahan na lang. This is going to be the toughest one! I need to meditate on it this Holy Week break. The environmentalist in me says — wish ko lang, to ask each one if they can assure the people of Ilocos Norte na hindi makakapasok ang Romualdez-held Benguet Corporation sa province. The mining corporation is in the process of  application for a Financial Technical Assistance Agreement (FTAA) for an Ilocos Norte project. (Read related post.) The project might compromise the remaining primary forests of  the North and the world-renowned beaches of Pagudgud. It scares me more that utang na loob, loyalty and family ties are the issues sa kampanya. (Read related article.)

5 thoughts on “The Great Divide: Imee or Keon”

Leave a Reply to KEON FOR EVER04 Cancel reply